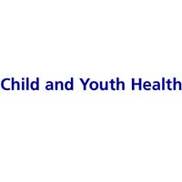 Having problems with Child and Family Health Centres?

These people have been harassing me for years now. They have put me through hell so many times and are doing it again. They have no proof of anything they are holding against me. When I split up from my ex, he made several reports to these people, they came out, checked things out, couldnt find anything, closed the case, two weeks later reopened the case, because of things my ex was saying. NEVER was there any kind of abuse, or anything like that. They beleived every word he said because his new girlfriends mother was a foster mom for them so they has ways around it all. Now my ex and his girlfriend were using drugs, hitting my son, not feeding him and they at one time, made it where I couldnt see my child because of the lies they told. NOT ONCE did cya check out what I was telling them about the father and girlfriend, they just continued to bother me... one day they closed the case and went away for a few months. Now they opened it again because someone told them I wanted to [censored]... never acting on it, they just come in, make me do all kinf of counsling, everyone is telling these people Im fine, but they wont go away... Why is it they bother me for every little thing, not even finding out if its true or noe, but they dont do anything to the people out there really bad off?? Please tell me where I can go to sue these people... I know I got a case here, theres alot more then Im writting, but I have to keep my info privite for the time being.

Child and Family Health Centres
100
%
This... this rating shouldn't even be possible. Not every mother cares about her own children how this company cares about their customers. Perfect!