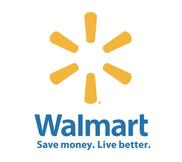 ComplaintsBoard.com is not affiliated, associated, authorized, endorsed by, or in any way officially connected with Walmart Customer Service. Initial Walmart complaints should be directed to their team directly. You can find contact details for Walmart above.

Use this comments board to leave complaints and reviews about Walmart. Discuss the issues you have had with Walmart and work with their customer service team to find a resolution.

On today's date @walmart store #5671. A female cleaning employee, was standing around the front end...

Walmart — Purchase not refunded or replaced

I placed an order with walmart for groceries at 1130 am and paid the additional fee to have it within 2 hr...

We frequent the Walmart store at 3671 W. Hillsborough Ave, Tampa, FL, at least two times per week. Some of...

1. I purchased Becel on sale for someone who had a multiple list of health problems. It was the wrong kind. I returned it & told the girl this snd that i had to get one that is low in salt & cholesterol. After returning them I went to the cooler to get proper ones and upon returning to the girl she refused to give them to me at the sale price saying that the price had changed overnight. I said I was just returning the other ones for the low salt low cholesterol ones & they were on both on sale. She refused to ring them up. They were on for $1.97.
2. I've run about to numerous stores looking for a product and cannot find them. Then I've written Walmart a number of times but NO ONE ANSWERS ME BACK. I want to purchase 8 or so Great value zipper snack bags size 5.1" x 4.7". Again NO ONE ANSWERS ME BACK.

PLEASE ANSWRR ME BACK!
And you can mail me the bags too if you wish.

Earlier this week I tried to log into my account with a new order. After multiple tries it turned out the...

I received a refund check for overpayment of my medicine for $16.64 walmart would not cash their check unle...

I have a concern regarding the policy about purchasing disinfectant spray. The store on Military Highway in...

My son of 1 yes will only sleep with a certain pacifier... We could not find his... We were about to hit defcon 5 on child meltdown. Haul [censored] to... Where else... Walmart... At the door at 8:51... Security says close at 11:00. I said i'm aware... It's 10:51. He said we close at 11. I replied its bot 11! He said open in the morning not sure what time! I said thank you for making the fact that you close at 11, it's now 10:55 snd you continue to tell me you close at 11... Thanks to all of walmart employees who felt like it was on to close a little earlier. My son who will sleep very little along with his parents one is a emt and the other an emergency room physician who both have to work and other people's lives depend on it! Your closing 10 mins early and us potentially from fatigue do something that could cost a life... It's not just 10 minutes...

I made my order with Walmart.ca and Ami Ventures Inc. was the third party. I received the order from...

My local Walmart would not cash a moneygram money order that had been purchased from a nearby Walmart and provided to me as payment for a truck. They gave me a slip of paper with a number to call, which gave no explanation. I went and got the person who purchased the money order, went to the Walmart that he bought it from 2 days prior, with his original receipts. Their system still, inexplicably to the clerk and the Walmart manager rejected the clearly valid money order. The manager called the vendor line and verified that the money order was valid, but their system would not cash it for me. They were trying to be helpful, but said there was nothing they could do. I told them this was financial fraud, and I was calling the sheriff to come file a report while the payer, manager, clerk (who was also the person who he bought it from less that 48 hours prior), and I were all there. The manger then decided to override the system, not to cash my money order, but to refund the purchaser (he got a superior's approval to refund the purchase, but not cash the money order.

I have a problem with getting a refund on a Walmart visa gift card that I purchased then immediately realized...

I received an LG Tracphone Smart Phone as a Christmas present from my wife in December 2020. Serial#...

I ordered these burners on Dec. 17th 2020 and shipment was lost. I contacted " walmart.com and Factory Buys Direct.com" and both said customer service will reply within 48 hours . Guess what has not happened? Neither has contacted me and I have no idea how to contact a living human being about situation, being everything is automated vs personal.
Things are great when you get your product, but this sucks bad. Terrible or better yet " no customer service at all". I understand that things happen that are out of control of supplier, but the least they could do is communicate with customer. It's now 1/14/2021 and still not any communication.
It says attach photo of product LOL. How can you if you have no product

Walmart — Not acting on our request to reimburse us $50.00 copay for X-ray for fall due to pothole in parking lot.

In late Sept my wife stumbled over a pothole and suffered a hard fall in Walmart parking lot while looking for our car. Her doctor ordered an x-ray, $50.00 copay which we submitted to Walmart officials in early November. They responded that they were in contact with the parking lot maintenance company and waiting to hear back from them. The case manager is
Jenelle Gorman,
Case Manager I- General Liability
Phone 800.527.0566 x 57781
Fax [protected]
jenelle.[protected]@walmart.com
File number 9327874

I wrote to Ms. Corman on Dec. 9 requesting a resolution on this matter. As of this date I have not had a response.

Hello my name is Patricia Gaarder I had two orders one delivery and one in store pickup. Ended up with nothing. My delivery order was canceled by the deliverer saying he could not get in the building. And my pick up order just happened to be in another city. Your website is the most difficult site that I have ever, ever had to negotiate through. I would prefer to never shop there again. You're rolling down the railroad tracks with no brakes and nowhere to go. Zero for zero today. Patricia Gaarder

Walmart
38
%
This company is on the right track to keep up with incoming complaints, but there's still plenty of work to do.