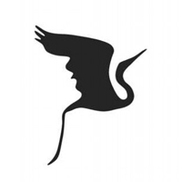 Having problems with Byrd Aesthetic and Anti-Aging Center?

Performed Smart Liposuction on my stomach and lovehandle areas. I was given a guarantee that the areas that were done would turn out to be flat, which they didn't. I was given 1 "touchup" but only on my sides and was promised if both my sides and stomach did not turn out correctly that Dr Byrd would redo them. After numerous phone calls and emails Dr Byrd finally agreed to redo the areas but charged me $500 this time. Between the time I paid and scheduled my appointment to the time the surgery was suppose to of been performed I was mistreated by her staff and accused of being a wimp because the Doctor for no reason at all would not prescribe me with medicine for pain. Then the Doctor canceled my appointment several times. It was like she didn't want to do the surgery but just took my money and made an appointment to shut me up. The day of the surgery I was told that they overbooked and I had to go home. They refused to schedule another appointment with me and were very unprofessional. I would not recommend.

Byrd Aesthetic and Anti-Aging Center
0
%
Doing nothing would be this company's favorite pastime, if they had the energy for it.