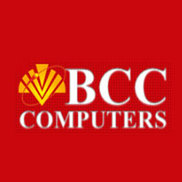 Having problems with BCC Computers?

Today is January 17th 2008 and my wife thought it was time for us to go window shopping for a nice brand new computer for me, we finally found what we liked at BCC Computers and decided to get it from their Internet site and have it safely delivered to our door. WELL HOW WRONG WE WERE.

Now it is January 30th 4:30pm and finally we have received our computer package after several phone calls and 13 Days after we ordered it. On BCC Computers letterhead it says ('We can beat anyone's price; No one can match our service! BCC... best to see'). Well as far as the latter is concerned Service is not something they strive for.

Anyway as soon as we opened up the Computer box we found a note to say that the speaker package that should have been included with the order was on backorder and they would send it when they received it. Why did they not inform us of this delay 13 days ago? Do you believe it, back order after 13 days, COME ON!

The next thing we found was that the card reader was completely inside the Computer case, just loosely sitting there, not even fixed into the computer. I was so upset, as we had been waiting for this Computer package that we paid over $2,224.00 for, for two weeks, and the card reader is not even fixed into the machine, there are no speakers, and not to mention that there was only one DVD burner and we were told by the staff at the shopping center store that it came with two burners and that is exactly what I wanted but that at least I could blame the sales person at the shopping center for because he got it wrong that I can excuse for everyone makes mistakes even big ones. But waiting so long for something so amateurishly built with loose and missing parts, I don't think so.

The next day, I rang up the head office where they get built and the very rude salesperson told me to take it to the store at the shopping center which is 26 kilometers from us and have the loose part fixed into the machine but I would still have to wait for the speakers. I told the salesperson that I was handicapped but it did not matter to him at all, I mean when you buy something new you do not expect that sort of service or lack there of.

When I asked the salesperson on the telephone about the speakers and said to him that why did they not inform us of the delay he said they just did in the note that came with the computer. If you call this service well I give up. He did not offer to pick it up or send someone out to fix it, he did not offer to exchange it and would not offer me an apology or refund, he just said that I would have to do the above and it was my problem, he did not even apologize for the delay, offer us a discount, nothing, it was our problem. I will be placing this article on as many web sites as I can so that people can be warned about this place called BCC COMPUTERS GEELONG WEST.

I am a 55 year old handicapped man, it takes my wife and I a long time to save that sort of money, I cannot get out much, I have an acute spinal problem, and the computer was at least going to occupy my mind a bit to hopefully relieve some pain, well I thought so anyway. Well thank you BCC COMPUTERS GEELONG WEST, for now I know I have not missed much by not being out in the world.

BCC Computers
0
%
Doing nothing would be this company's favorite pastime, if they had the energy for it.