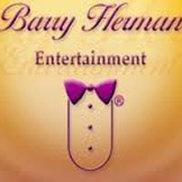 Having problems with Barry Herman Entertainment?

I strongly recommend that if you are considering using Barry Herman Entertainment that you think long and hard before writing a non-refundable deposit check. Reasons:
1. Barry Herman spent a considerably long time with my husband and me during our consultation visit, but once the non-refundable deposit check was written – he literally disappeared. After he collects the money, he does not make himself available and his office is understaffed and disorganized.
2. He makes it impossible to listen to any of the entertainment he offers “ live”. Do not make the mistake of trusting the videos, as I did.
3. Under no circumstances will Barry Herman allow customers to speak to the band before the actual occasion date. All communication must go between his disorganized and overworked office staff.
4. I sent the playlist to his office staff on 6 separate occasions before our wedding. There were only 2 songs on this playlist that was requested to “NOT” play. These songs were bolded and in red and they easily stood out from the songs that were requested “to” play. I personally spoke to his assigned office staffer to be sure this would be reviewed with the band, since I knew I would be too busy on my wedding day. I would have referred to speak to the band leader myself since it was important to me that these songs NOT be played.
5. “Tonight’s going to be a good night” was one of the (only 2!) songs that I placed on my list to NOT play and can you believe – not only did this band (Fantasy) play this song but they played it while announcing us for the first time as man and wife. Can you imagine how strange that was? One of the 2 songs in the world that I absolutely HATE (!) and I am a music lover, there are not many songs I hate- was played while we were announced “for the first time as man and wife”.

Bottom Line: Nothing could have happened on this day to spoil that absolute beauty of my wedding, and mistakes do happen, but there is no excusing the unprofessional and incredibly aloof attitude that Barry Herman had. It took him 3 weeks to return my call after the wedding. I had to call him several times and when he did return my call he didn’t know what the complaint was and then implied that this was my fault because the song was not on the list. He stated this without even looking at the list or reviewing any correspondence with his staff, as if he was willing to “lie” before actually admitting there indeed was a big problem. I forwarded all my correspondence to him (the same list was sent in 6 separate emails) and this man never even as much as apologized.

My conclusion is this: Once you give your money to Barry Herman the service goes straight downhill. Don’t be fooled by his sweet consultation talk. He doesn’t care about you or your event and his office is understaffed and you can’t speak to the band ahead of time. Fantasy was a good band, the music sounded fine; I enjoyed all the songs they performed. I still find no excuse for the error that was caused or the apathetic way in which it was handled.

Barry Herman Entertainment
100
%
This... this rating shouldn't even be possible. Not every mother cares about her own children how this company cares about their customers. Perfect!