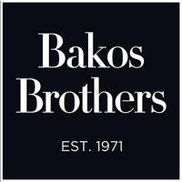 Having problems with Bakos Brothers?

In October 2010 I was requested to supply paintings to Bakos Brothers, Jan Smuts Avenue, Johannesburg
I was told thatI would be given a cash cheque if I gave them a good price. I delivered 7 paintings and gave a very good price. There was no one there to give a cheque. It is now, 5months down the line and I still have not been paid, despite the fact that the paintings have been sold. I have contacted them on numerous occasions and each time am told that they will put money in my account and to date nothing has been paid.

Bakos Brothers
Doing nothing would be this company's favorite pastime, if they had the energy for it.