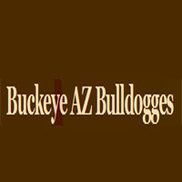 Having problems with Buckeye AZ Bulldogges?

ComplaintsBoard.com is not affiliated, associated, authorized, endorsed by, or in any way officially connected with Buckeye AZ Bulldogges.

Somebody brain washed you. Real the truth. Stop lying to buyers.

The truth about olde english bulldogge.
The lying need to stop.


Remember this a olde english bulldogges shouldn't have "screwed" tails also it shouldn't have cut tails also this is false in the breed original standard. Also it shouldn't look like big akc english bulldog cross watch out for these false in these breed. The breed is a guard dogs, weight pulling dogs, personal protection dogs so need all the working it can get. Blue or red nose dogs are not in original breed set standard. The lying need to stop. They are not also merle, blue, gray or tri color body. They don't have red, or blue nose. This is false. The fraud need to stop. Real people know this.


The dog was recreated because of akc modern-day english bulldogs have so much health problems and original old bulldogs was mastiffs type of dog like american bulldogs, olde english bulldogges and alapaha blue blood bulldogs these dogs are similar to the old bulldogs back from 1800's and 1900's.

The olde english bulldogge is a muscular, medium and large sized dog of great strength, stability and athleticism. He is well balanced and proportioned, with no feature exaggerated or standing out. He has the appearance of a dog capable of doing his original job, bull baiting. Remember that excessive height would have been detrimental for the old working bulldog because he had to “play low” to avoid the bull’s horns and fasten onto his nose. A heavy weight dog would have also been at a disadvantage because the bull’s nose would have been more likely to rip, sending the dog flying.

The disposition of the olde english bulldogge is confident, courageous and alert. Oeb’s are very friendly and loving. They are extremely strong and occasionally display same sex dog aggression, so socialization and obedience training are important. It is best to channel high energy individuals to some type of work and exercise.

Fault: shyness in a mature dog.

Head - the oeb head is prominent and dramatic. The circumference of the head is at least equal to the dog’s height at the withers. The cheeks are large, well developed and display powerful jaw muscles. A slightly wrinkled forehead is acceptable.

Skull - the skull is large but well proportioned to the dog’s muscular body and prominent shoulders. There is a crease from the stop to the occiput.

Eyes - eyes are round to almond shape and medium sized. They are set wide apart, with the outside corner of the eye intersecting with the outside line of the skull and are set low, at the level of the muzzle, where the stop and muzzle intersect. Eye color is brown, with black pigmented eye rims.

Fault: any pink on the eye rims.
Disqualifications: any eye color other than brown; wall eyes; crossed eyes.

Teeth - canine teeth are large. Broken, chipped or extracted teeth are acceptable. There are 6 corn row teeth between canines.

Nose - nostrils are wide with a line running vertically between nostrils from the tip of nose down to the bottom of the upper lip. Nose is large and broad in relationship to the width of the muzzle. Nose color is black.

Faults: any pink on the nose or in the nostrils.
Serious fault: slit nostrils
Disqualification: any color nose other than black

Neck - neck is medium length, wide, and slightly arched. It is a little smaller than the head where the two meet. And gets wider from that point to the shoulders. It is slightly loose from jaw to chest, forming a double dewlap.

Shoulders - they are broad, heavily muscled and have a separation between shoulder blades. The scapula (shoulder blade) should be at an approximate 35 degree angle to vertical and forms an angle approximately 110 degrees to the humerus (forearm). Scapula and humerus should be roughly equal in length.

Elbows – a vertical line drawn from the point of the scapula (top) to the ground will pass directly through the elbow. The elbows are not turned in or out.

Forelegs – the legs are set wide apart, coming straight down from the shoulders. They are straight vertically on inside of legs and well muscled giving a bowed appearance of front quarters. The forelegs have medium bone and are in proportion to the body.

Pasterns – the pasterns are medium in length. They are straight, strong, flexible and nearly perpendicular to the ground.

Body - body is sturdy and powerful. The length from tip of breastbone to rear thigh is slightly longer than the height from ground to withers.

Back - the back is wide and muscular, showing power. Top-line has a slight roach (or wheel back). There is a fall in the back, to its low spot behind the shoulders. From this point the spine rises to the loin. The high point of the loin is a little bit higher than the shoulders, then there is a gentle curve, forming an arch, down to the tail. Loin (back of rib cage to hips) is muscular, medium in length and slightly arched.

Chest - the chest is wide and deep with a muscular brisket. Ribs are well sprung and rounded, being at their fullest directly behind the shoulders. Shoulders to forelegs are well muscled

Feet - feet are of medium size and are well arched and rounded (cats’ foot). They are straight when viewed from the front. Rear feet are smaller than front feet.

Tail - set low, thick at the root, tapering to a point. Tail should not curl over back. No docking of the tail, it helps the dog balance so he can move while working.

Faults: tail curling 360 degrees. Same circumference from base to tip.

Disqualifications: kinked, docked, bobbed or screw tail (a kinked tail is a tail with one or more sharp bends).

Coat - coatis short, close and of medium density. It should be shiny, showing good health.

Faults: fringe, feather or curl in the coat.

Color - color can be brindle of red, mahogany, fawn or black; either solid or pied (with white). Solid white. Fawn, red or black; solid color or pied.

Deviation from this range of height and weight will be faulted according to the extent of the deviation.

Weight should be proportioned to height and the dogs must not be squat nor rangy.

Gait - gait is smooth, powerful, energetic and confident. Travel is straight. Feet should move forward and back in the same plane. Foot falls approach the centerline as trot speed increases. There is a slight under step as rear feet land just short of where front feet land. Front and rear reach are balanced. Feet must not cross or interfere with each other. Dog should have proper movement when viewed from the side and back.

The olde english bulldogge was developed in the early 1970's by david leavitt, of coatesville, pa. Mr. Leavitt used a line breeding scheme that was designed and developed by ohio state university for breeding cattle. The goal was to recreate a specific breed of bulldogge with the look, health and athleticism of the original bull baiting dogs, but without the extreme tenacity. The foundation crosses consisted of ½ english bulldog, and the other half bullmastiff, american pit bull terrier, and american bulldog. After many carefully planned crosses, the olde english bulldogge emerged and began to breed true.

Buckeye AZ Bulldogges
Doing nothing would be this company's favorite pastime, if they had the energy for it.