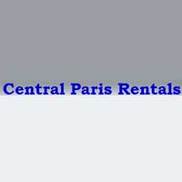 I stayed in the "Saint Honore Home" apartment (http://centralparisrentals.com/StHonoreHome.html) from late June to late August 2010. I was in Paris for an internship and was on a rather tight budget, but this rental service had been recommended by a male classmate and the apartment offered was conveniently close to my work.

Men are clearly less concerned with basic hygiene than women. I wish that I'd had the financial flexibility to move. The apartment was filthy, even though the landlord INSISTED that it had been cleaned before my arrival.

Let's start with the bathroom. The tub was covered with soap ###, and the taps were rusted AND coverered with limescale. The shower curtain was mildewed, with large black spots, and the tile on the tub/shower walls was covered with black mildew, too. The bathroom sink was brown with dirt on the inside of the bowl, and the outside of the sink (the outside of the bowl, and the pedestal reaching to the floor) were GREY with dust and dirt. And don't get me started on the toilet.

I tried to clean all of it - spent a LOT of money on cleaning products, bought some cleaning gloves and a couple of scrub sponges, and tried to make the place decent enough to live in (because I couldn't afford to move out). But when I tried to wash the bath mat - I think it had once been white, but it had turned grey with dirt - the crusty, old rubber backing on the bath mat came off in the washer and clogged the drain. That made the washing machine unusable for almost 2 weeks, while I waited (and waited) for them to call a maintenance person to fix it. I was hand-washing all of my clothes in the kitchen sink.

And then, one fateful day, after attempting to take a shower and get out of the tub without touching anything, the shower curtain and rod FELL ON ME. I shouldn't be surprised, since they were held up by a too-short curtain rod which was propped up on one side by a folded piece of cardboard. So it took 1.5 weeks for the maintenance guy to come and put up a new curtain rod. While I was waiting, I had to wash myself using a bowl to dump water over my body. Fantastic.

I bought a new shower curtain, bath mat and shower curtain rings, and did receive compensation from the landlords for my purchases. I think that the exceptionally nasty email I wrote to them helped.

But wait, there's more!! The floors in the apartment were filthy - I learned NEVER to walk barefoot in the apartment, since my feet would immediately become caked with black dirt, other people's hair (eeewww) and bits of dust. No matter how frequently I swept or vacuumed, it didn't get better. And wearing my flip-flops to get into & out of the shower made things worse, since the caked-on dirt on the bottoms of my shoes would get wet in the bathroom and come off on the bath mat, immediately turning it black.

The kitchen was disgusting; I had to clean the stove, fridge and countertops before I felt comfortable using them. I ate a lot of frozen food while I was there because at least the freezer wasn't disgusting. And I made sure that I washed every dish, pot and/or utensil BEFORE using it.

The bed was reasonably clean and comfortable, which I have to say was the one bright spot. But what wasn't so great was the fact that the apartment was located directly above a gay bar, which was usually thumping until 1:00 am, with all of the drunken conversations (and fights) which inevitably follow.

When I moved out, they DID give me my deposit back, so I guess I should be grateful. But I feel sorry for the person who moved in after me - I was in the middle of my menstrual cycle at the time, and I told the "cleaning person" (not a pair of cleaners, just one woman - who I'm convinced was Ms. Ledru's mother) that the sheets needed to be washed. She told me that there wasn't enough time to do that since there was a new person moving in later that afternoon. I insisted that she needed to at LEAST change the sheets, since there was a spare set of sheets in the linen cupboard. I hope she did, because failing to do so would have been highly unsanitary.

This rental company runs a slum operation. Their attention to hygiene is lax, at best, and they're running the service on a shoestring - what they care about is getting your money, by any means possible, and they don't care what happens to you once you're in the apartment (and paying). Beware!

Centralparisrentals.com
0
%
Doing nothing would be this company's favorite pastime, if they had the energy for it.