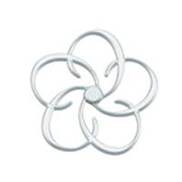 This document is being provided to disclose false and malicious acts by individuals that are currently under investigation for civil and criminal prosecution.

Cyberstalking: the use of the internet or other electronic means to stalk or harass an individual, a group of individuals, or an organization. It is a criminal offense.

False accusations: many cyberstalkers try to damage the reputation of their victim and turn other people against them. They post false information about them on websites. They may set up their own websites, blogs or user pages for this purpose. They post allegations about the victim to newsgroups, chat rooms, or other sites that allow public contributions.

Encouraging others to harass the victim: cyberstalkers involve third parties in their harassment of their victims. They may claim the victim has harmed the stalker or their family in some way to encourage others to join the pursuit to cause the victim harm and or damage.

• the first u.S. Cyberstalking law went into effect in 1999 in california.

• other states include prohibition against cyberstalking in their harassment or stalking legislation.in florida, hb 479 was introduced in 2003 to ban cyberstalking. This was signed into law on october 2003.

• missouri revised its state harassment statutes to include stalking and harassment by telephone and electronic communications (as well as cyber-bullying) after the megan meier suicide case of 2006.

Regardless of your relationship with catena creations, theresa cassidy has in fact engaged in attacks against an individual that she has never personally met. Her illicit acts in support of a business associate that is under investigation for making public threats on a persons life. This posting serves as a counter measure to address intentional and malicious acts of cyberstalking joseph paul hamilton ottis of nebraska.

Copies of this posting are being provided to the counsel for mr. Ottis and the appropriate authorities.

Catena Creations LLC
0
%
Doing nothing would be this company's favorite pastime, if they had the energy for it.