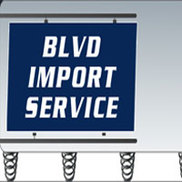 Having problems with Boulevard Imports?

We decided to take our car to blvd Imports on Wilkinson Blvd in the town of Lowell N.C. a few weeks ago to see if they could repair it. We described the problem, the car was stalling unpredictably from time to time and we wanted the problem to be fixed, unless the cost was going to be too much.

After describing the problem they said it was a simple part that needed to be replaced and they could install it. We left the car and returned a day later to get it. We were told it should be fine and the problem was 'fixed'. Needless to say the car stopped several times before I got it home. We again called Blvd Imports and they said to return the car and they would once again look at the car. This time they adjusted something else but the problem remained. When we attempted to return the car the last time it would not run over 20-miles per hour. We called again and they had the car towed to their shop. After inspecting it they now found that the transmission has problems. They are now saying it can cost thousands of dollars to repair this. Why was I not informed of this from the beginning when the car was first put on the diagnostic machine? I would have said no thanks, the car isn't worth the money. Now I am out over $300.00 for a part that was put into my car that did nothing to solve the problem that the car was having,not to count my frustration and my time that as wasted. I told them up-front that if it was a simple, inexpensive repair the that would be fine. Instead I feel they mislead my wife and me by doing a useless repair and charging us $300.00 for it.

Boulevard Imports
0
%
Doing nothing would be this company's favorite pastime, if they had the energy for it.