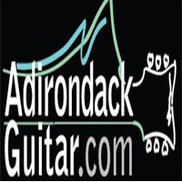 Having problems with Adiron dack guitar?

This company is a big Rip Off. The owner Denis, I emailed him on [protected]@adirondackguitar.com asking for a Left handed Schecter guitar he didn't reply at first, I mailed him like 10 emails since i needed a guitar they were selling real bad and I am left handed so I couldn't find one of that model in any other store. He replied like ten days after saying he had ordered that guitar and it was available on sale, so I sent him the money via Western Union since I could not order by credit card it was not passing through his merchant or something. It has been 30 days and he stopped replying while on the website it says that the money is picked up and he has ripped me off, mother ###ing ### !!

BEAWARE DO NOT DEAL WITH adirondackguitar.com

Adiron dack guitar
0
%
Doing nothing would be this company's favorite pastime, if they had the energy for it.