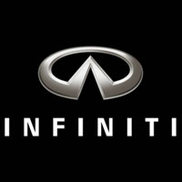 Having problems with Atlantic Infiniti?

DO NOT go to Atlantic Infinity in Jacksonville, FL they are extremely rude. They are discriminative, and do not practice in good salesmanship. I dealt with John Camlin, and he is an idiot. The dealership had a 2004 Acura TSX posted for $9, 990, and anyone who knows anything about Acura cars, that is a crazy price for a car so new. My best friend and I went last Sunday to test drive the car. We started the paperwork for the TSX. I got a call that Tuesday stating we were approved for the car, and that I needed to put something down on the car because there were others interested in the car. I gave this idiot my card number to run my down payment, which he never did. He called me the next afternoon and said that they were almost finished with the paper work, so I was under the assumption that I would be going to pick up my new car, but no he called back about 20 mins. later to say that the car had been sold. He gave about 3 different stories, and when I asked to speak to his manager Bruce Stevens, he was extremely condescending, rude, and arrogant. At Atlantic Infinity, they do not believe in customer service or customer happiness!!!

Atlantic Infiniti
0
%
Doing nothing would be this company's favorite pastime, if they had the energy for it.