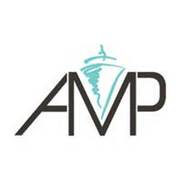 Having problems with Aqua Marine Partners?

My story is a little long, but one everyone should read, if you don't want this to happen to you.

We do not have a problem paying this amount, and realize it was a estimate, give or take a couple hundred dollars would be reasonable. My husband made many trips to the marina as the boat was being repaired to make sure everything was ok, and they were still running within the estimate and every time he went (which was not an easy task for him, because in the middle of all this he is fighting stage 3 kidney cancer) he was assured by their mechanic (which we found out later is not even a certified mechanic) that everything was fine. Thru the process of the boat repairs (per their request) we made a few payments to them for a total of $8, 000.00, so we were looking at owing them just a few hundred more when they were finished...NOW imagine our surprise when my husband received a phone call just 3-weeks after having major surgery, ( he had to have his Kidney remove, because of cancer) from the Manager (Bob) at the marina on June 2, 2010 to tell us the boat was ready and the balance due was $21, 246.79 for a grand total of $29, 246.79.

I know what your thinking, this is incredible, how can a business give a written estimate of $8, 200.00 then turn around and try to extort more than 3 times what the estimate was for. I got right on the phone and called their corporate office Aquamarina Partners, LLC in Ft. Lauderdale, Florida and explained my problem to a man by the name of Gary Jefferson, and was told he would have their COO Steven Kinderman call me. Mr. Kinderman did call me back that day and assured me all the charges were legitimate and he would email me an itemized invoice, which he did.

Now, here's where the fight begins...On the invoice they were charging us for 215.75 hrs of labor (not the 40 hrs quoted on their estimate), plus parts we didn't know anything about. I emailed Mr. Kinderman to try and have a reasonable discussion with him and he either flat out lies or is just plain nasty...At this point they are holding are boat hostage unless we give them $21, 246.79. I called many different state and governmental agencies to try and get help with this, I did file a complaint with the BBB and the Division of consumer services. (which I later had to drop in order to get our boat back.) Mr. Kinderman and I emailed back and forth for a week trying to come to some kind of compromise, and the only way we could get our boat back was to agree to the terms he set forth in an agreement he drew up. Which was totally unfair to us, but our hands were tied at this point.

We gave the Marina another $5, 000.00 for a total of $13, 000.00 to get our boat back, we moved the boat to another marina. My husband and our son went out in the boat for the first time since getting it back from Aquamarina Twin Rivers on Tuesday June 29th, they were going to take our 5 year old grandson with them, and thank God they didn't, because the boat has a gas, oil and water leak in one of the engines. ( which is extremely dangerous, and could catch fire very easily) My husband called Mr. Kinderman the next day to tell him what happened and he could care less, and now he has a lawyer threatening to sue us if we say anything bad about the company or the owner of the company Mr. Andrew Sturner.

So let me sum this up...We paid $13, 000.00 for repairs on a boat that is in worst shape now then before we brought it to Aquamarina Twin Rivers, the boat is leaking gas and oil, which could possibly cause a fire, and we are being threatened by their attorney if we don't keep our mouths shut.

Aqua Marine Partners has in fact put up a ten thousand dollar bond in order to obtain a temporary restraining order and was granted a temporary restraining order by the United States District Court from the Middle District of Florida to stop and shut down theaquamarinas.com. To get this order from the court AMP and the Law Firm of Richard Baron & Associates flat out lied and stated to the court theaquamarinas.com is using and is making money off AMP's name and trade marks and therefore is cybersquatting.

Guess you know by now www.theaquamarinas.com is down by court order. The thing is, AMP & Associates wants to keep it so I can not use the website as evidence. AMP & Associates wants to argue over what the website was and what the purpose of the site was. It's like arguing that it's a apple when in fact it's a peach instead of letting the court simply take a look at it. We all know Andy makes his money just like old bernie madoff did. All you have to do is read the blogs and one can conclude old Andy & Associates are running a ponzi scheme. I'm sure they think they have this case all rapped up. But they don't, not by a long shot. I bet they wish I would hurry up and just die. I really do think they are that bad of people. I have one kidney out, running on one good one now. I have a few spots on my lungs, I go the 26th to see another kind of doctor about them. I think and I feel like I have a few years left, I feel good for now anyway. So my plan is to keep swinging, keep fighting. I want to tell you, it was only three weeks after I had my operation when Bob from the twin rivers called me and told me they wanted just under 30, 000.00 for a 10, 000.00 job. At that moment I forgot it was hard to get to the dam bathroom and I felt really strong, I wanted to kick his dam ###, lol. My self, my wife and my three sons, ages 21, 24 and 26 are not the type of people to just roll over. I'm really blessed with a great family and have a lot to hang around for.

Aquamarina, Where's the justice!
Sturner, Kinderman and their attorney (Richard Baron) pulled in right beside my wife and I right after I parked. This was the first time I got a look at the boys. After sizing them up (even in my condition) I would have loved to just take them on in the parking lot and be done with it. But can't do that, ya know.

My attorney stated, we are not to concerned about the injunction and are fine to let it stand for now. And he spoke briefly about them stepping on my 1st amendment rights.

Let me paste them here because I don't think Andy knows them.

Speech:
The First Amendment says that people have the right to speak freely without government interference.

Religion:
The First Amendment prohibits government from establishing a religion and protects each person's right to practice (or not practice) any faith without government interference.

Petition:
The First Amendment says that people have the right to appeal to government in favor of or against policies that affect them or that they feel strongly about. This freedom includes the right to gather signatures in support of a cause and to lobby legislative bodies for or against legislation.

Assembly:
The First Amendment says that people have the right to gather in public to march, protest, demonstrate, carry signs and otherwise express their views in a nonviolent way. It also means people can join and associate with groups and organizations without interference.

I don't think I should blog too much about what happens in court but it was funny to see their attorney start shuffling through papers as soon as he found out I purchased three of the four domain names in question way back in February. You see, the truth is my intentions was to blog in a positive manner about Aquamarina (AMP). But things went south when they started trying screw me out of money and with my boat being all screwed up on top of it I'm just a pissed off customer. What is really amazing to me is these ###s really think they should be able to screw their customers like this and should have the right to keep them from speaking out to others about it.

I feel real good about my attorney:

It is a dam shame, I need a attorney just to have the right to speak. I'm just getting started Sturner!

Aqua Marine Partners
Doing nothing would be this company's favorite pastime, if they had the energy for it.