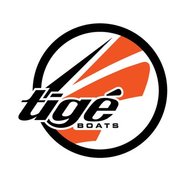 Having problems with Tige Boats?

ComplaintsBoard.com is not affiliated, associated, authorized, endorsed by, or in any way officially connected with Tige Boats.

They replaced the defective seats 3 times on this $80k boat and the last set was defective as well. They refused to replace them and the cost to replace them with a product that would hold up is $12k. Do not buy anything from these crooks they do not stand behind their products. For one set they did replace they made me pay to ship the boat to them because there local shop performance boats of osage beach mo was incompetent to do the work! They are absolute crooks.

Tige Boats
Doing nothing would be this company's favorite pastime, if they had the energy for it.