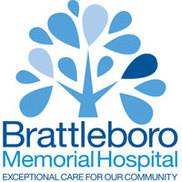 Having problems with Brattleboro Memorial Hospital?

This hospital treated me in a cruel manner both in the Emergency Room and on the floor. I went to the ER in severe pain. They refused to do an MRI and kicked me out of the ER in horrible pain, again and again. One time a Nurse Practitioner spitefully squeezed my spasming (in agony) arm and leg while demoralizing me about coming back to their ER. When I tried to talk about what was happening to me, they distorted my words as an excuse to get rid of me. Finally my husband refused to take me home until they found out what was wrong with me. That set me up for a whole bunch of degrading treatment, but finally they relented and had a doctor examine me. The doctor was startled by the terrible condition I was in and admitted me to the hospital. Almost immediately an MRI was done, which revealed that I had a serious disease.

At first the hospital stay was peaceful, but it didn't last long. It was decided to punish me for being unable to walk by withholding food and medication, yelling and screaming at me for not doing what I asked them to, and trying to force me to walk when they could clearly see that the attempt to get up and do so was causing me severe spasmic pain (they had taken away my anti-spam medication!) and I could not walk with such spasms in my leg. Michele M. Rowland. RN, LICSW bragged to me about her credentials and about all the patients like me that she had forced to walk. Her anger at me was escalating and she degradingly informed me that I was to be forced out of the hospital today for refusal to comply. I asked her to transfer me to a nursing home since I could not take care of myself and I was afraid that my elderly and disabled husband might collapse trying to do all of my home care. She replied that the paperwork to get somebody like me into a nursing home was "too hard" and refused to even try.

My husband came in and put up a fight about the discharge and I ended up staying two more days. By then my spasms had stopped (they had given me the medication back and increased the dose, like they should have done in the first place). I was able to walk slightly, and get into a wheelchair and go home. My husband helped me with the home care as well as he could.

Brattleboro Memorial Hospital
Doing nothing would be this company's favorite pastime, if they had the energy for it.