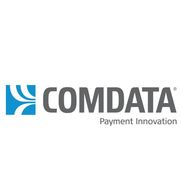 did not receive new card

I have not received my new fintwist comdata card and it was sent out first of february. The money that is on my new card is all the money i have. And on the app it shows last four of my card and for me to activate it to be able to use it but its been way over the seven to ten days it said to take to deliver it to me. My name is kira wilson and address is 80 wilson addition road salem wv 26426 and last four of social are 4452.

my card was stolen and used while I was incarcerated..

I was arrested on Aug 28, 2019 until October 1st 2019 for a unrelated incident...my comdata card was stolen by Ann Allen and my pin was changed..i reported it stolen immediately on Sept 1st no action was taken by comdata..Ann Allen accessed all my funds from Aug 28 2019 to October 1st 2019...i have turned in police reports as well as they have videos...I was told my money would be put back but has not...Its a new year almost 6 months l8tr...wheres my funds..My name is Amanda MacLean I worked for Alamo ga Cirkle K my card number was [protected] D.O.B. 12/10/1979 I would appreciate immediate attention in this matter considering its 6 months later and I've submitted all evidence..you can contact chief Roger Bryant Alamo ga police department at [protected] or [protected] Thank you...

Hulu has been taking $54 and change off my Mastercard since May 2019 I didn't catch it till this month so yeah I'm out like $432 I have called comdata and filed a dispute on December 10th also called Hulu on dec 10th as well and they marked the account as fraud. Today on dec 31st I called to see why my refund has not been put back on my card after I was told you people only had 21 days to dispute which is up now we'll still no refund and now im being told I have to do this and then u will make ur decision.A supervisor from ur company called Hulu today with myself on the line and they told her I have never had an account with them that this was fraud indeed so as I still sit here with no money back I guess im just suppose to sit back and let you people take as long as u want this is so unprofessional and not right

On Dec 12, 2019 I submitted an oversize permit order to comdata #548220 Is requested a specific route for IN & IL. I was charged $200+ I can't find the receipt right now. I received a clarification call about the IL permit from a confused person.
Both permits were issued with incorrect routing. IL required a small change.in was not even close. I called the IL permit office directly to see if there was a reason my requested routing was not available. It was available. I called Comdata again for a correction, the lady told me I would have to pay an amendment fee. I stated it was not my fault and I would not pay again. I ask for a supervisor, she put me on hold, after 40min and no one responded I hung up and called back, again. I explained and started again. This time the lady said the amendment charge was under $20. It was soon determined the IN permit would be corrected at no charge and I finally agreed to pay the IL charge even though the mistake was comdata's. After spending over an hour on the phone the amendment was submitted but the charge turned into $6 for IL & $66.73 for you! The people who made the mistake in the first place!! What I received was another identical incorrect IL permit! I went directly to the IL permit site this morning and easily obtained the permit with the routing I wanted with no hassle, for$25! I have used Comdata for more than 10 years and encountered but I am done with your layer of confusion and exorbitant fees!

My name is Ebony James i have the fintwist mastercard, I received my direct deposit from my job on November...

We have had 63$ taken off our card almost as soon as it loads on our card in the morning the past few paychecks and no one is helping. No one swiped a card and the only information we get is that they want to try an investigation but they won't refund our money when no one else could have taken our money. This is playing with peoples rent money and it is not okay. It needs to be figured out before Comdata gets sued for stealing money.

Went to pull money off at the atm to pay for my cab fair. Tried multiple atms and rang up $30 worth of fair...

I was so embarrassed when I went to purchase dinner for my family and my card got declined. I honestly...

This driver come to my place of work. The BP on highway 67 off exit 127 brooklet, ga. Brought me his card to pay for diesel. Got mad at me and rude with me because I am not authorized by my boss to do cash back. He wanted $50.00 cash back. I told him I do not do cash back. He got upset with me and told me we needed to put signs up saying that because I messed him up. He said my boss usually does for him and I reminded him that I am not authorized. I wrote down his card information asked him for his name like I do with every com data customer. He said I didn't need it very rudely. And then I asked for his milage and again very rudely he said I don't need it. I don't usually send in complaints or complain about my customers. But I did not deserve for him to be so rude and ugly to me. He is driving truck #445 for Jackie b Lovett's Waynesboro, ga. His card number is [protected]

We've been trying to close our account since July. We emailed three requests to cancel our account, but haven't received any response except automated email with case# (every time different). When I called customer service, I was told to send a request to [protected]@comdata.com.

We want to close the account as soon as possible since not seeing any benefits of it.

They charge me 50 cents each use now I complain and my whole check is gone. It's thur which is payday and they said maybe by monday. I get paid on Thursdays so why do I have to wait til Monday. I'm now going to pay late charges on bills. These companies take advantage of lower class than cry when people go crazy and shoot up their employer. People only can take so much. But asking as the suits go on 50 vacations a year they don't care.

On August 15th 2019 comdata services with drew $188 from my account. When i called customer service they told me they took it because of a despute I made against Walmart that was denied by Walmart. They said during the investigation they put the money into my account but I was never contacted or notified and they took money with out my knowledge. Latawnya Smith [protected]

About 10 days ago I started seeing charges of $1.38. I had been trying to register my card online so I could see what these were. Spent 4 days trying to get it registered with the correct info. I called customer service and all the sudden it the info works. None of those charges were there in the history. Called again and was told I made up the charge and the guy is locking my card to investigate the situation. I proceeded to try and get more information about the charges that I supposedly made up. If I made these charges up why would they lock my card to investigate? This smells foul to me.

A couple times I have used an atm to get cash out and no money is disbursed however the money is taken out of my account. I promptly reported the incidence and received an email weeks later that read it was too late for me to dispute the transactions. I mean this has happened more then once and to other people as well and that is not fair, I don't make a good wage to start with.

Date of the incident: 06/01/2019
Client number : Chase Bank ATM CA1288
This ATM was unable to provide Cash # 5692
COMDATA CARD # ...4871
Requesting money Back to my CARD
Amount $ 1000.00
Already sent an Email on a dispute processing form and would like to know the status of my complaint
My name is Emmanuel NJOH NJOH
I am an independent contractor with CEVA and wanted to cash this money

I had 3 unauthorized charges on my comdata cardholder card the first one was for 39$ the second one was for 54$ and the last one was for 39$ dates are [protected] and [protected]. I already called in and reported it and I have my replacement card on its way in the mail. I wish to have a refund for the stuff I did not authorized. It would be perfect if you guys look into it

overcharged on my card

I made a purchase of on amazon for $5.99 and I also made two vending machine purchases. One for $1.45 and one for $0.75. That adds up to 8.19. Now I checked my balance before made these purchases and I had $8.80 on my card. Haven't swiped the card again besides today at the all point atm to check my balance. And take off bill money. Comdata had taken off $6.79 for no apparent reason. I didn't overdraft my card because I ensured checking my balance before making those purchases. I'm highly upset because they just took $6.79 by mistake from my card. And I called customer service to tell them.. And he said "oh that happens, is there anything else I can assist you with". So I hung up the phone. I want my $6.79 back.

trying to take money off my card

Something/someone keeps trying to take $13-$15 ofc my card and I don't know who or why. I get mobile alerts saying amounts been declined for $13-$15 because uncifishent funds and I don't know who's taking money off my cards and I've got more alerts before saying $13-$15 been taken off and I never know who's taking it off of there. If there's any way to get my money back on there I'd appreciate it please. Thank You.

My money was never dispensed at an atm, I was prompt and called the next day to make my dispute, they said it...

Comdata
0
%
Doing nothing would be this company's favorite pastime, if they had the energy for it.