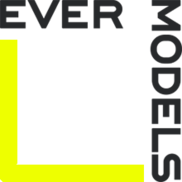 The head scout of this agency named Seula Jeong but she goes by the nane Sophie also. She is wanted for criminal activities such as FRAUD with Intent.

The agency owner does not speak English and does not see the grave and quite alarming situation that she has put the staff and the models at EVER Model In Seoul in. The staff when warned treated the situation as thought i was a joke. This woman named Seula or Sophie in hiding but her home and her passport are being tracked for activity and she was last seen in Europe so the local authorities in London and Milan have been notified. Also agencies in Seoul and Europe have agreed to cooperate. If anyone is known to assist or not cooperate then they will also be charged with aiding a crime. This is very serious. We are also investigating allegations of a sexual nature with a French model so if anyone has been treated inappropriately then you should come forward.

To all agencies DO NOT SEND YOUR MODELS TO Ever Model Management and if you have models in this agency right now, it is advised that you arrange for their safe arrival home as the model apartment is under surveillance as is the agency and the homes of the owner David Lee and all staff. Police will be going to the the jobs of the models and questioning them privately about certain activities in the model apartment. This is cause for alarm.

Ever International Model Management
0
%
Doing nothing would be this company's favorite pastime, if they had the energy for it.