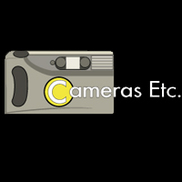 Having problems with Cameras Etc Inc?

ComplaintsBoard.com is not affiliated, associated, authorized, endorsed by, or in any way officially connected with Cameras Etc Inc Customer Service. Initial Cameras Etc Inc complaints should be directed to their team directly. You can find contact details for Cameras Etc Inc above.

Use this comments board to leave complaints and reviews about Cameras Etc Inc. Discuss the issues you have had with Cameras Etc Inc and work with their customer service team to find a resolution.

The complaint has been investigated and
resolved to the customer's satisfaction
Resolved Cameras, Etc — Cybertec Camera represented as a Sony

o On January 2, 2010 I was walking by Cameras, Etc. in the Riverwalk Mall, New Orleans, LA. I was approached by a salesman who saw me looking at a camera in his case. He proceeded to tell me it was a Sony promotional camera. I looked at it and really didn’t like it. He said it was waterproff and I told him I didn’t need one like that. He brought me in the store and showed me 2 others. He claimed that these cameras were new Sony products that they were selling at a low price to promote them and proceeded to show me all the things it could do. When I told him I didn’t like the price of $279.00, he offered to sell it at $249.00. I still hesitated. He brought his manager, Michael, over. He was quite nice and offered to show me the company website where it retailed for $2399.00. I asked how he could sell it so low. He claimed that since it was a promotion, he gets a rebate from Sony. Also, he said that this was his last one and he had sold 5 the day before. I fell for this and bought the camera with an SD card (which he said he would throw in). He further stated that the camera came with a 2 year warranty. I have since found that no such warranty exists and no warranty papers were included with the paperwork or on the receipt. When he ran the receipt, it showed $200 for the camera, $29.99 for the card and the tax. He said he had to run it that way for inventory purposes. He then had me initial the receipt to confirm I got it. He kept the slip cover of the box that had the picture of the camera, the UPC, the company name, etc, claiming he had to have it for the rebate. I thought this was strange. I got the camera home and tried to plug it into my computer. It was very difficult to get it to work. I did a little research. I found that this was NOT a Sony, but a cheap Chinese knockoff. Further, the “website” is a fake. All the cameras on the page are $2399.00, there are numerous typographical errors and the address and number for the “company” are not valid. If you call the number, you get a recording. Further research showed several complaints registered via the web from customers who were also scammed both in New Orleans and Kissimmee, Florida into believing that these were either Sony or Panasonic cameras. I called the store and was told that I signed the receipt and there were no refunds and all sales are final. I also called Sony and was informed that they are in no way affiliated with this company and know nothing about these items. The China website is: cybertec.cheju.ac.kr

Cameras Etc Inc
100
%
This... this rating shouldn't even be possible. Not every mother cares about her own children how this company cares about their customers. Perfect!