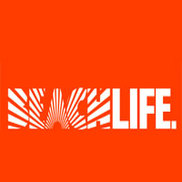 Having problems with BeachLife?

I ordered some items from adultsextoycatalog in Oct. 07. I never received anything. I emailed them and called that bogus 800 number. No one picks up. The only reason I've went to great lengths to investigate at this point is because I'm tired of getting ripped of and taken advantage of. Just recently someone used my bank account and bought over 500.00 in nonsense. In a nutshell I'VE HAD IT! Anyway, I found a number for the president of the company by reverse address search. Her name is Kathy Keener but the number was under Margie K & N Keener. I went out on a limb and called it because the address matched.

When I call a man answered and he gave the phone to another man named John Marfilius who is MIS Manager. He claims that he only handles the computer info. Dahh! That's my issue! He apologized about the delay (4 months). He took some info and said he will resolve it. We will see if that's the case. If It's not the case, I will take me drastic measures. It's not about the money, I just hate getting scammed.

I will respond again if the problem was handled or not.

BeachLife
0
%
Doing nothing would be this company's favorite pastime, if they had the energy for it.