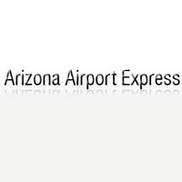 Having problems with Arizona Airport Express?

I requested the "best value" from Tucson to Phoenix roundtrip for $72.50, as posted on their website. My credit card was charged over $175. I called and was told I could cancel and get a refund. I didn't. That was July 08. I've tried email, phone, BBB, and small claims against the owner, which I won. It is now January 2009, and I have yet to hear back or receive a penny. While discussing it with a coworker, she recognized the owner's name as being a crooked businessman who has owned similar businesses in the past. I should have researched more before, as there are multiple unresolved complaints through BBB and a laundry list of small claims cases against the owner in Pima County alone. AVOID at all costs!

Arizona Airport Express
100
%
This... this rating shouldn't even be possible. Not every mother cares about her own children how this company cares about their customers. Perfect!