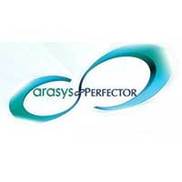 Having problems with Arasys Perfector?


IN THE INTERMEDIATE COURT OF APPEALS
OF THE STATE OF HAWAI'I


APPEAL FROM THE FIRST CIRCUIT COURT
(HPD Criminal No. [protected])


SUMMARY DISPOSITION ORDER
(By: Watanabe, Acting C.J., Lim, and Nakamura, JJ.)
Defendant-Appellant Xanya Sofra-Weiss, Ph.D. (Dr. Weiss) appeals from the Judgment filed on October 9, 2003, in the District Court of the First Circuit (district court). Dr. Weiss was charged with harassment in violation of Hawaii Revised Statutes (HRS) § [protected])(b) and/or (1)(f) (2003 Supp.) and criminal property damage in the fourth degree in violation of HRS § [protected]). After a bench trial, district court Judge Clarence Pacarro found Dr. Weiss guilty of harassment and acquitted her of the criminal property damage charge. Judge Pacarro sentenced Dr. Weiss to payment of a $150 fine and $25 to the Criminal Injury Compensation Fund. No term of imprisonment or probation was imposed.

Dr. Weiss's sole claim on appeal is that there was insufficient evidence to support her harassment conviction because the prosecution witnesses committed "wholesale perjury" and their testimony was "inherently incredible." In reviewing insufficiency of evidence claims, we must determine whether, viewing the evidence in the light most favorable to the prosecution, there is substantial evidence to support the conviction. State v. Tamura, 63 Haw. 636, 637, 633 P.2d 1115, [protected]). After a careful review of the record and the briefs submitted by the parties, we conclude that the evidence in this case was sufficient to support Dr. Weiss's conviction.

IT IS HEREBY ORDERED that the Judgment filed on October 9, 2003, in the District Court of the First Circuit is affirmed.

On the briefs:
Mangmang Qiu Brown,
Deputy Prosecuting Attorney
City and County of Honolulu
for plaintiff-appellee.

Earle A. Partington, Esq.
for defendant-appellant.

Arasys Perfector
0
%
Doing nothing would be this company's favorite pastime, if they had the energy for it.