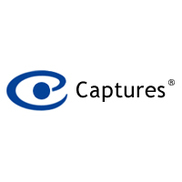 Having problems with Captures?

Well i was contacted by Erin and he talked for about two hours and i said i didn't have money so he said well how do you shop online and i said i borrow my moms credit card, so dumb me, he got my mothers card and said don't worry will have your moms money paid back in no time which is a crock of sh&% but i thought that it would help my site, well that was a crock to, all i got was bulk submission which i could have done myself if i wanted a bunch of spam mail, so they got $1800.00
from my moms card without her permission and nothing being signed and i was told that the first 3 months were free and the next three were $79.99 so i emailed them to cancel before the 3 months were up and they replied by saying that i would have to pay the 3 months and i would get my money back, if i wasn't satisfied, so i told them to cancel and keep the 3 month fee and give the rest back. Well that was a crock to, when i phoned they had not canceled and they said i couldn't get my money back and that i owed them for three months, forget it! They are the biggest scam out there and now they are trying to send my mother to collections and she has nothing to do with it and did not authorize any of this! They are liars and they will pay back for all the wrong they have done to everyone! They did not even have my password for my site to do anything with because i changed it right away as soon as i found out they were a scam. They even tried blocking me out of my own site, it said that i was not authorized to change my own pass word thank God i got past that with help.

These guys had worked for a real marketing company in Seattle and thought they new enough to go out on there own to scam people, well there doing a good job of that and they need to be stopped, how many times do they have to be reported before they will be stopped! Everyone but them work hard for their money, I am pissed like everyone else we need to get a class action lawsuit together and anything they have said in there replies to all the complaints are lies don't believe anything they say! All the reports that have been written are true because its happened to me as well LETS STOP THESE ###! and by the way your receptionist is a rude B![protected]@& and don't think she isn't because she is! You have a BAD so called company and you will pay for stealing from innocent people. ANY LAWYERS OUT THERE THAT WANT TO HELP WITH THIS CLASS ACTION LAWSUIT THAT WOULD BE GREAT FOR EVERYONE! Is this even legal what there doing i know its not in Canada they would all be in Jail!

Captures
100
%
This... this rating shouldn't even be possible. Not every mother cares about her own children how this company cares about their customers. Perfect!