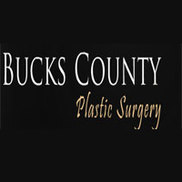 The complaint has been investigated and
resolved to the customer's satisfaction
Resolved Bucks County Plastic Surgery Center, P.C. — breast implants

I had gotten breast implants from what I thought was a reputable place called Bucks County Plastic Surgery Center, P.C. Doctor Robert Skallicky did the surgery. I had a consultation with Skallicy telling him that I just wanted to be a little lifted. He suggested breast implants that I paid $900 extra for because you could go up or down at anytime with a minor incision. I went to see Skallicky several times after the surgery telling him I felt too large and my left breast was not sitting correctly. He told me to give a year for swelling and everything to settle. After a year I had become pregnant and he said wait til after birth and come back. Well, I went back after giving birth and he said to me well I can drain them some but you won't look good. So I went to his partner and had a consultation with him. I come to find out that Dr. Skallicky had over filled the implants and they could not be taken down. I would need to go through the whole surgery again to fix the problem and at my expense. I was floored. I did not want to go through this again. Again, I paid an extra $900 to have implants that you could go up or down at any time with no major surgery. These doctors dont care about you they just tell you what you want to here to get your money and business. Once they have your business the problem is yours!

Bucks County Plastic Surgery Center
100
%
This... this rating shouldn't even be possible. Not every mother cares about her own children how this company cares about their customers. Perfect!