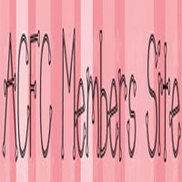 The complaint has been investigated and
resolved to the customer's satisfaction
Resolved acfcmemberssite.com — April Hunt

I joined ACFC because I wanted to learn how to make email stationery. Since the owner, April Hunt, stated that she was a Christian I decided to buy her life time membership fee of $50.00. That was a couple months ago.
Since then I was provided proof that she was not using her own mask, templates or plugins to create the stationery. She was stealing from other websites that offered them for free and using them on her paid membership website. What she has done is called Piracy.
When I confronted her with this she denied she had done any wrong. I then started searching for myself and sure enough she was committing Piracy. When I emailed her again with the information I had she became upset with me. Stating that I was letting the "enemy whisper in my ear." She did not provide any proof to dispute the claims I had received in emails. She became defensive and directly address each claim.
She also continued to come up with different rules for membership. And if she felt any were broken she could discontinue your membership without giving your money back.
One of the latest rules was that we could only go onto her website one time a day. She had all of our ip addresses and would not let us get on her website more than once a day.
I informed April that I could not use any of her tutorials because I did not know which mask, template, plugin were hers. I also informed her that I had to delete all the email stationery I made using her tutorials because of that fact. So actually I was paying $50.00 for nothing.
I sent her an email stating that I wanted my money back. She replied stating that she would not give it back. We went back and forth about this for awhile. She stated that she was no longer adding any tutorials to the site. And that
"A lifetime membership is as good as the "Life of the Site". Not your lifetime or mine!"
Stating that she revoked my membership because
"When you started sending e-mails to people slandering and gossiping about me--You broke the terms of use. And if you thought about that for a moment, you would see that that is true." Which was not true. I had not gossiped about her. Any email I sent to others who were stating that she was stealing from other websites I sent to her also. I never kept anything from her. I stated that to her and her response was,
"Tena, you will not be getting your money back. I am sorry.
However, if you can display the heart of Christ at some point--I would happily reinstate your membership."
I am a Christian and I love God with all that I am but I should not be banned from a group if they feel I dont "have the heart of Christ"
There is a group online called the simple truth that has proof of her piracy.

There are a lot of groups, people that are upset with April for what she has done. I only want my money back.

UPDATE: April Hunt, owner of acfcmemberssite.com repaid me all my money. She has also revamped her website and is copyright compliant. We have even become good friends. She has shown nothing less than an exemplary attitude. I am sorry it has taken so long to get this update back to you.

Acfcmemberssite.com
100
%
This... this rating shouldn't even be possible. Not every mother cares about her own children how this company cares about their customers. Perfect!