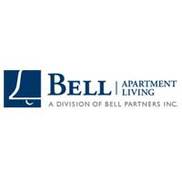 We are renting an apartment from chace lake villas @ 98 chace lake pkwy, Birmingham, AL 35244 since Oct 20th 2008. We have had numerous problems in the apartment -- 1. In Feb 2009, there was fire in the water heater at night when my wife, 9 month old daughter were sleeping: the smoke alarms were not working, and the house was filled with smoke and we woke up and called 911 to report FIRE. Firemen came to control the fire, we could not stay in the apartment for 3 days, and the carpet and apartment smelt like smoke for the next week. We could not stay in the apartment that week. The apartment management did not provide any arrangements to stay. 2. There was a window that was broken when we moved into the apartment, at the time of leasing - Cory the person who showed the apartment, said it will be fixed the next day -- it was not done at all. There was cold draft coming into the apartment and it was difficult for us to stay in the apartment with our daughter. Finally after numerous calls, it was replaced in March 2009. 3. In April 2009, one night water started leaking in the hallway from the ceiling upstairs. It filled up the light fixture and dirty water dripped into the apartment and onto the carpet. We had to call emergency maintenance and they did not respond. Next day it was found from a leaking bathroom upstairs, water was leaking. Carpet was not replaced after all the dirty water. Walls are still wet and have marks and have not been painted as said they will be. 4. In Feb 2009, car was broken into from the parking lot. We lost a GPS then. We have filed police complaints with Jefferson County Police, and also with the leasing office. We were not compensated for the loss. 5. The kitchen cabinets have lot of insects, bugs. We are unable to use these shelfs to put items. We have raised complaints and they are not deloused and cleaned - Jul 2009. 6. Again in Oct 2009, car was broken into from the parking lot. We lost a Digital camera, and the dashboard was broken. We have filed police complaints again with Jefferson County Police, and also with the leasing office. We were not compensated for the loss. 7. Again in the apartment, there is mold in the kitchen and insects and bugs are crawling in the kitchen, sink and all food items. This is unacceptable. It is very un-hygienic and was creating problems for me, my wife and daughter. We complained - management is not responsive. We asked to be shifted to a better place - but was not attended to by the leasing office. 8. We have told leasing office in July 2009 that we are vacating and given a letter saying we are vacating at end of lease on Nov 21st 2009. Again we gave another letter in Oct saying we are vacating the apartment. we were talking with Cory, Stepahnie, Howard - maintenence, and Katy. Faced with all these problems, and bugs in the kitchen causing health issues, we bought a home and are planning to shift on Nov12 2009, and lease ends on Nov 21 2009. We paid the rent up to Nov 21 2009. Now they are creating issues with us moving out at end of lease - Nov21 2009. We want to get away from this horrible place at the very earliest.

Chace Lake Villas Apartments
100
%
This... this rating shouldn't even be possible. Not every mother cares about her own children how this company cares about their customers. Perfect!