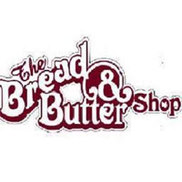 Having problems with Baltus Oil Co.?

Scenario 1: Friend worked for minimum wage at Baltus Gas Station and also rented from Frank Baltus. One night a party was held at the rented location. A drunken party goer decides to throw a bottle out the window smashing the windshield of a car below. The police surrounded the building (which does seem somewhat excessive, although no excuse for the bottle incident). Mr. Baltus came and unlocked the apartment to allow the police in, gave the two roommates the boot (2 weeks to move out, not saying he didn't have the right, it was the incidents that followed that show how he operates), and you can guess it...the next day fired my friend from her job for supposedly 'sitting on the counter'.

I should also add that when returning the last day of the month to pick up a few more items..there was a man sleeping in one of the beds and later found out that the apt was rented out before the previously noted move out date. They ended up having to leave some stuff there in fear of waking up this stranger sleeping in one of their beds!

*not to leave out in the 2 months occupying the appt they had lung infections due to mold in the carpet, and Baltus attempted to charge for an unfinished bathroom floor--unfinished because of the rotting wood and hole in the floor by the toilet once the carpet was torn up!) Above a restaurant! If your ever eating at Crabby Days and a toilet comes crashing through the ceiling don't be surprised!

Scenario 2: They have do it yourself soft serve ice cream in the summer. The sign clearly stated 59c for a cone 99c for a sundae (that summer) However, if you are really good at making a big cone, they HAVE to charge you 99c.
If I wanted a sundae I would buy one. This is is just a petty complaint, but it was irritating nonetheless.

Scenario 3: Another friend worked for the full service carwash. He didn't have a driver's license, but they allowed him to drive the vehicles in. Shot themselves in the foot when he rammed someones jeep into a post and they could fire him because they had not gone through proper hiring procedures. Scary knowing that they would let unlicensed employees drive customers vehicles. I also have heard that they hire the prison workers to run the carwash, but I can't honestly say that is 100% truthful. If anyone has proof I'd like to know!

Baltus Oil Co.
0
%
Doing nothing would be this company's favorite pastime, if they had the energy for it.