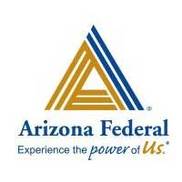 I have been a arizona federal customer for nearly 3 years. It is truly sad that the quality of service has greatly deteriorated to the level of thieves! I had a transaction to Red Lobster for a small amount and my available account balance decreased to $15.00. WITHIN the very same day, my account was charged -$30.00 dollars for no apparent reason! Putting me negative -15.00

I could not possibly express how frustrating it was to battle with the endless bulls**t their CS agents are trained to say. Their managers tried justifying the overdraft fee by stating the tip amount was posted 3 days later and authorization takes up to 2 days on average... The funny thing is, my account clearly states that the money was deducted within the same day and there was no hold .

I ventured to their branch located in downtown phoenix area. I walked directly in and spoke to a ### of a manager that had an ego and arrogance that was almost repulsive. He rambled on about how merchant card services authorize stochastically and can sometimes cause confusion. I told him I do not trust your web-based account manager in that case cause clearly (if you know simple arithmetic) you can see the deductions compared against the current account balance don't logistically make sense for charging overdraft fees!

I had then told him to close the account and forget about every getting that money your institutation/bank had stolen from me. Just so everyone knows, they have no courtesy on overdraft fees and due to the state of the economy, they are cashing in on people using their scam of a technique of lying and saying there is some authorizing delay in the system to justify stealing your money.

If you are a current customer of Arizona Federal, I would highly recommend reconsidering were you put your money!

Arizona Federal Credit Union
100
%
This... this rating shouldn't even be possible. Not every mother cares about her own children how this company cares about their customers. Perfect!