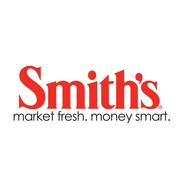 Having problems with Smith's?

ComplaintsBoard.com is not affiliated, associated, authorized, endorsed by, or in any way officially connected with Smith's Customer Service. Initial Smith's complaints should be directed to their team directly. You can find contact details for Smith's above.

Use this comments board to leave complaints and reviews about Smith's. Discuss the issues you have had with Smith's and work with their customer service team to find a resolution.

To who it may concern, My name is Casey, I have been a loyal Smith's pharmacy customer for the past 4 year...

I went in to visit your Rancho and Charleston location to pick up my prescription after receiving a text, stated they were ready for pick up. The pharmacist(Yuna) stated she could not fill it. I informed her I received a text and that it is very inconvenient and I could not come back for a few days. She said it was nothing she could do. I said I would not leave until speaking with a manager. She said her manager was off that day and she would not call. They called another young lady who was standing in as manager dur to other managers being off. She informed me that Yuna (pharmacist) asked her to call the police on me. Manager said she told her I was not disgruntle or disruptive and there was no need to call the police. I was so upset after hearing this I just put items down and left. And I cried. Many Black men and women are being gunned down for nothing. Police are being called
for nothing. This was unacceptable!

First I want to say I really love the new Smith's market place in sky canyon ( Las Vegas). But was so...

I went into Smith's in Edgewood, NM 87015, this AM. The lady just inside the door explained the new Scan Bag...

I had to wait in line as the cashier Stacia and another off duty employee complained about the store and...

My daughter applied for a job and the Manger Alice told us she got the job and everything but after making us wait for months she said never mind they can't hire her and there is no reasons behind her actions therefore we feel discriminated against. She obviously just didn't like us and that's unacceptable. We really needed the job as soon as possible but because of an employers unfair decision and actions we had to waste time thinking we got the job according to the Manger.

First of all I filled prescription for Fentanyl patches on April 4th I told them that it showed they filled...

I was parked in the parking lot when a boy in a green vest named Talon told me I had to move my car because I...

I go to the Smiths location in my area located on Flamingo and Buffalo in the Las Vegas Nevada area. I get prescriptions of 180 Oxycodone pills and I had no problems feeling it until the pharmacist Phill is having issues and decided he will only fill my prescription up to 150 which shorts me for my month. I am a union ironworker with several disc herniated as well as some dislocated I need these to be able to do my job well and not come home with excruciating pain and I feel that this is conflicting with my quality of life because the pharmacist feels that I do not need as many as my doctor prescribes me.

One of your fuel attendants (Christine I think, I'll call her employee 1) had a line employee 2 came from the...

Smith's Food and Drug — rotten bacon and response from butcher

I was at the Mesquite, Nevada Smiths on 4/24/18. I bought 2 packs of Big Buy brand bacon, among many other groceries... I cooked some yesterday and tasted a weird funky nastiness after baking. I noticed then that the second package I bought on the same day was labeled, use or freeze by March 02 2018' TWO MONTHS EXPIRED!!! MY HUSBAND, SON & I ALL INGESTED 2 MONTH OLD PORK!!! God knows what parisite is inside us!!! I called for a Manager, got the butcher, and he said( rudely, very rudely) throw it out. No apologies, just throw it out. I was absolutely infuriated! He kept cutting me off as I was trying to tell him he needed to check the dates and pull the rotten meat he was selling. Refused to let me talk to a Manager. He blamed the rotten meat on a vendor that gave him a free box of meat. He said they dont even carry that brand of bacon. If thats so then why did I purchase it there? Such a liar!! I told him it didn't matter where he got it, the dates should've been checked. They should ALWAYS be checked!!! He then handed off the phone to the first girl who answered and I asked are you a Manager??? She said no, I said over and over again I wanted to talk to a Manager and she kept trying to talk around & over me ( as well as the butcher did before, never connecting me with anyone in charge) so I then had to hang up and call the store back trying to connect with a Manager. The girl said she would pass it on... Again, no Manager. I am furious as a customer, a person & a mother, possibly carrying parisites, along with my 4 year old son & husband, from the rotten bacon your store sold because of a careless butcher & workers. For the sake of others I hope you check up on that store for quality insurance.

Good Afternoon: Today I overheard a conversation between a cashier named Fonzy and another customer of...

I have a few comments to make.
1. The partnership you have with Shell I feel is a scam. Smith's offers 4X reward points where if you buy $250 in shell gift cards you get 1.00 off of gasoline up to 35 gallons. Problem is Smith's doesn't offer any Shell gift card over $50 dollars which makes it impossible to take advantage of that offer. To add to my frustration I bought $500 dollars worth of $25 and $50 gift cards since that was the only thing available.
2. When I visited a Shell station last night and asked the clerk to turn the pump on so I could get my 1.00 off but he didn't know how. I tried putting in my rewards card, pushed the button to say I would pay inside and it showed on the screen awaiting authorization. The clerk didn't know how to authorize it. I ended up driving over to Smith's so I could take advantage of the 1.00 off 35 gallons. Nice I could spend more on gas.

Went shopping last night for grocies at smiths at 4700 Tramway Blvrd NE Albuquerque nm i had at least $140...

To Higher Mgmnt: This is in regard to Xander Butler who works at the Smith's Marektplace in West Jordan...

Smith's
6
%
There is some slight activity coming from this company when it comes down to resolving complaints, but so far it's neither timely, nor relevant.