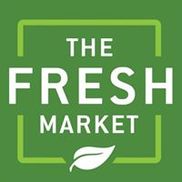 Having problems with The Fresh Market?

ComplaintsBoard.com is not affiliated, associated, authorized, endorsed by, or in any way officially connected with The Fresh Market Customer Service. Initial The Fresh Market complaints should be directed to their team directly. You can find contact details for The Fresh Market above.

Use this comments board to leave complaints and reviews about The Fresh Market. Discuss the issues you have had with The Fresh Market and work with their customer service team to find a resolution.

Store accociates claimed to be under the supervision of fbi and that they don't want me shopping there...

The food was not good. The gravy was awful tasting! When you see the picture, serves maybe 3. Needless to...

2 High visibility items being sold by TFM that are not what they are stated to be are: Ground Sirloin and Chateaubriand cut tenderloin steaks.

The ground sirloin sold is not from the top butt cut beef (what you get sirloin steaks from) but anything that is lean, which could include meat chunks from: chuck, strip, rib, tip, bottom round, top round, and the occasional old sirloin steak that did not sell as a steak.

The Fresh Market Chain in Florida stores has deals on ground chuck and chicken breast one day of the week...

Been oing to this store for 6 years. The food safety has fallen dramatically in last 9 months. July 10-...

The Fresh Market plastic bags available for customers in the produce area have a very strong, chemical smell that lingers on the food. The past two times I've been there, both the apples and produce I bought retained the "chemical smell" even after I got home, and washed the produce. Especially the apples. How could this possibly be healthy? Some type of chemical is being used in this bag, probably to cut their costs a few pennies. This is not the place to do it, especially when it bleeds into the produce itself. Something is wrong with these bags. Take a whiff the next time you're in the store.

I had always enjoyed my experience at Fresh market ever since it opened in Provo. I like the freshness of the produce and meat for my restaurant which is also in Provo and also the friendliness of the staff. But I just had a very unpleasant experience lately. We received a letter ( in a personal size envelope) with everything written, appears to be very unprofessional. Opening up the letter, two slip of paper (the size of two business cars put together) fell out, one of them says balance due: 55.42, handwritten, nothing else. the other piece I recognized was the tax examption form I was given to filled out when I purchased meat for my restaurant on Jan.30, has my signiture on it, but the totally amt was 35.42. I was confused and alert because I didn't think your company will send such a unprofesional letter to customer and ask for some charge I already paid through debit card at purchase. so I called a friend of mine to get the restaurant ready and drove to the store located at center street. the manager on duty asked me what was the problem sounding like he was sleep talking, I showed him the letter, ready to tell him more, he interrupted me by saying :" talk to the bookkeeper" Then he went back into the room and never seen again.The bookkeeper Laurie came out of the room, looked at the two pieces of paper, says " yeah, you have to pay that" "excuse me?" I then showed them my bank statement clearly stating the debit card withdraw of the amount from the store. Laurie then said " Well, if you have already paid it, then you shouldn't receive this." "I knew I shouldn't before I came here, but I want to know why" I said, Laurie then start saying something about the coporate's transaction, I was deeply confused by all that, and finally I said : " what does that have to do with this, I filled this and signed it for tax examption for my restaurant!" "Oh!" "..." " Do you remember who your cashier was?" Am I suppose to remember every cashier's name, especially those from 3 months ago? " No." I said, " well... apparently he/she doesn't know what they were doing, sorry about that, we will further investigate more". So that's it... I took time from my restaurant, drive all the way to the store, just to get a answer from bookkeeper blaming one of your cashiers. I am very disappointed at the way you dealt with this situation. I understand all human being make mistakes, but I didn't feel respected and din't feel i was taken seriously. After all, I have never had any super market bill me for something I purchased 3 months ago before.

I am a regular customer of Fresh Market. I love this store!! However, I purchased a dish from the deli and...

I frequent Fresh Market several times a week. One of my favorite deli dishes is the sun-dried tomato pasta. After eating a dish of this pasta for lunch one day, I discovered a gray curly hair in the bottom of the container. I do not have gray curly hair. I saved the container to show to management. A week later I purhased the same dish for lunch and upon eating it, I began choking. I extracted a 9" long plastic cord from my mouth! So I took both containers into Fresh Market and asked for management. A new famale manager was on duty, Glenda, I think was her name. When I told her my story and showed her the evidence, she raised her eyebrows. No apology of any sort was offered. Then I told her that I would not be buying from her deli in the future. I mentioned that I had witnessed an employee stuffing his mouth with chicken while working in the deli area. She asked for a description and told me that he had been fired. Then I brought to her attention that I had surveyed the store and had witnessed an employee bagging unwrapped candy with her bare hands. The manager said, "No, our employees always use gloves." I suggested that we walk to the candy counter. There was the employee dishing up unwrapped candy with her bare hands! No remark from the manager. Then I asked if Fresh Market did not require deli employees to cover their hair. This was her reply: "Our home office does not allow our employees to wear hair covers." This market is suppose to be upscale, i.e. overpriced food, so I suppose a hair net is not in keeping with the upscale image. This I will report to my local health department. Had the manager shown any concern or voiced an intent to remedy the situation, I would have been satisfied. But she did not, so to the health department I will go with a complaint. This is the 2nd "hair" in food incident I have had in a month in the Mobile, Al area. Perhaps I should take the time to cook my own food!!!

Poor customer service due to cut backs in employee's hours. Looks like the Corporate World is taking...

The Fresh Market
30
%
Not bad, but could've been way better. This company does respond, but not as often as you'd expect them to.