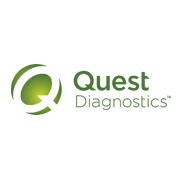 Having problems with Quest Diagnostics?

This company harasses disabled veterans, i am 100% service connected, all my medical is always paid, except this company can never submit any paperwork correctly, so for 5 years i got 2 or 3 threatening letters each month saying they are going to send it to collections, if you complain they are argumentative, harassing, and refuse to listen, they always try to blame it on your doctors office, but my doctor has no problem getting paid, just quest, 100% of the attempts they make to get paid for my claim fail, every single time over the last 5 years, and they simply will not stop, if you refuse to listen, you will never understand there is a problem, but that is fine, i have all of the email conversations with corporate, it is time to submit this complaint to tri west and the VA, so they can see the harassment you guys give to our disabled veterans, time to get you removed as a provider for us.

June 25th, 2020
Quest diagnostics have no help or guidelines in place for there customers or patients that comes for a health screening or a person walk in in for a drug screen for a company. Quest diagnostics representative told everyone standing in line to go online to book an appointment, told quest diagnostics representative about appointments are only available until July 1 and her response is not her problem and she does not care. Her conduct was very unprofessional and very ignorant.
Nurses are changing positions without communicating with each other about patients that a standing and waiting.
Wait time is 3 hours.

I paid out of my own pocket for blood tests. 255 dollars! More than a week later, I still don't have my test results. There is no way to contact a real person. I will never use quest again. They are incompetent when it comes to customer service, but boy they're really quick to take your money.

I sat at quest for 45 minutes with a mask on I have copd, lymphoma the women comes out and says who ever...

Wasted 1 1/2 hours going there, waiting, and they turned me away needlessly

Last week I made an appointment to have my blood drawn on Saturday June 6th. My doctor submitted the order...

Kirsten Daugherty
Blue Cross Contract Number EB1887920614 Group Number 37729
I have listed the billing address below, as that is all that was listed on the invoice.

On 5-5-20 a Quest Diag Technician performed venipuncture and obtained sample for evaluation of my Magnesuim...

Do not use Quest because if there is a problem, it will be impossible to talk to a human. Quest is dedicated to refusing to allow you to connect to human to fix problems. My test results are not available 4 days after Quest sent me an email saying the results were available at my on-line My Quest account. Not visible at my account or my doctor's office. When I try to email them, I get nothing back. When I finally find the customer service number it refuses to connect me to a person and hangs up on me (3 times). Now, I am trying the Quest chat bot. Once again no connection to a human. It has been telling me for 20 minutes that it is connecting me to an agent. Have you ever heard of this? I do not believe it will connect me to an agent

On April 29th, 2020 I went to get my blood drawn (it was a time sensitive test) and was not wearing a mask. I was then told that I must wear a mask or that I will not be allowed to get my blood drawn. I then went to explain I have autism and they said it doesn't matter that I still have to wear one. Being autistic makes me unable to wear a mask but they didn't care and told me and my dad to leave. I am very upset over this matter and was very disappointed at the care I received.

I have my blood drawn at least 2-4 times per year. I waited about 5-10 minutes although I was the only person there. Usually staff is friendly and try to put you at ease and always use a butterfly needle. Yesterday, a larger needle was used. The woman (Ronda I believe) argued with me when I told her it hurt and she accused me of jerking my arm before she inserted the needle thus causing my pain. That argument is not even logical. She stated it was my responsibility to ask for a butterfly needle, yet since that is what the other ladies do, how would I know that. Her tone was disrespectful and argumentative. I don't believe the customer is always right, but I have a big, red, bruised bloody mark on my arm due to her incompetence. She needs re-training.
Eva Peterson
[protected]

Complaint/Grevenice against Quest Diagnostics Billing
INVOICE# [protected]
I am so frustrated that Quest would have such poor due diligence and poor customer service-billing department.
My insurance company confirmed that I owe ZERO nothing, Fact: Tricare is under CONTRACT AMOUNTS with Quest Diagnostics, Fact: I am In-Network coverage, Fact: I have $0 copay, Fact Insurance has sent Quest several policies and regulations, EOB letters, Fact: The insurance company sent several requests for a letter of explanation or LOA was billed improperly the test(s) performed did not match the diagnosis on bill and is waiting on Quest Diagnostics.
LINE #12: 81270, LINE #13: 81403, LINE # 15: 81402, LINE # 16: 81479 LINE # 19: [protected]
This is why it was simi-rejected.
TRICARE coverage of certain limited benefits is subject to specific clinical criteria. A letter of attestation (LOA) can be submitted, in lieu of additional clinical documentation, when requesting authorization from Health Net Federal Services, LLC (HNFS) for these services.
My Tricare insurance representative was extremely helpful and reached out to Quest to try and resolve this issue and Quest doesn't take action to resolve anything.
I have called Quest multiple times and everytime Quest agreed that they will get the information for my insurance company and would place a 30 day hold on the bill and everytime, Stated they would get it resolved. Well, Now it's been 13 Months-on going and nothing has been sent to my insurance company and Quest is threatening me to a collection company.

Quest billing Dept will not respond to my requests and just ignored the issues, in hopes I go away or to collections! This demonstrates bad business practices on their part and a clear indication that they were unwilling to help resolve a billing issues. A year has past and they could have referred us back to the doctor's office to get this correct but they chose to just ignore the issue and continued to bill a incorrect- fraudulent bill and send me to collections.
Quest has a financial gain to do this.
My insurance company has explained to me how this works!
A provider like Quest will get a contract with an insurance company. The insurance company will monitor billing amounts not allowing over inflated bills, by a list of what they are allowed to charge under the contract. If provider like Quest does anything fraudulent, Quest could/will lose the insurance contract.
My insurance company Tricare - Health Net Federal Services, LLC (HNFS) is well aware of this, have reported this "Balance Billed" problem to the Tricare contracts department for a full complaint review. My insurance company advised me to make a grievance report to Quest Quest Diagnostics.

lab tests critical not reported to doctor, and other tests omitted in error

My husband an I have been going to you Bethpage facility for years. Today I had a appointment which I make on line as usual and today I was accused of lying by one of your employees. She was taking people ahead of me after my appointment time. She was very nasty and let me walk out with the rubber tie still attached to my arm. I strongly considering of finding a new facility.

If your location offers self check-in, scan this code when you arrive. You can scan from your phone or a printed copy.
Confirmation Code
KMUXJM
Date and Time
Saturday, February 1, 2020
09:45 AM EST
Location
4276 Hempstead Turnpike

drop off of a 24 hr. urine jug and being able to leave quickly. already had blood work done a few days before.

Got there and the house was full of people to get lab work done when my Husband only had to drop off and...

I was following behind a driver from quest and they were swerving in and out of traffic at about 60 mph. The speed limit is 45 and it's a construction zone. The driver never used turn signals, was tailgating a vehicle and then cut in front of another vehicle with barely enough room to do so. I believe the number on the car was 31030. It was in Yulee, Fl.

Good afternoon, As a Corporate credit manager for over 37 years, I really did not want to give a credit or...

I went to the Quest Diagnostics lab in Haverhill, MA for a blood test and had to go back and forth for almost...

I had doctors instructions to give blood for testing a week before my next doctor's appointment, but doctor...

Quest Diagnostics
1
%
Doing nothing would be this company's favorite pastime, if they had the energy for it.