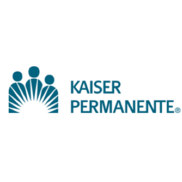 Having problems with Kaiser Permanente?

ComplaintsBoard.com is not affiliated, associated, authorized, endorsed by, or in any way officially connected with Kaiser Permanente.

They sent my bill to a collection agency despite the fact that I have been making small payments each month. $30 of those payments do not show up on my bill. It appears I have not received credit for those payments. I insist on all contact via email so I have everything in writing, but they have not been willing to connect with me in that way. I cannot fill out the medical assistant form because I have not submitted my 2019 taxes yet, and they require that as part of the process.

Employee seneatha McKinnon is pharmacy technician for Kaiser Permanente over the past 2 years she has been...

I've been very frustrated recently when corresponding via the kp.org email system with my doctor, Claudia...

I am very shocked and disappointed in a commercial I just saw which shows a 'Drag Queen Story Hour'. For a company that is supposedly concerned with people's health, have you even considered the health of the children exposed to these "men"? This is anything but healthy for these very impressionable young children. There has even been talk of these predators grooming these children for sex and looking for communities with the least resistance to their agenda. Yes, they have an agenda.
I am by no means saying that Kaiser should discriminate against them as customers, just don't promote their perverse behavior as normal. My comments will most likely fall on deaf ears, but it needed to be addressed.

I had to go to the emergency room on Oahu, Hawaii in February 2019 while I was on vacation. I had a horrible stomach virus (maybe food poisoning--it was never officially diagnosed). I spent about 60-90 minutes in a room after finally being checked in (I wasn't keeping track of time and was dozing quite a bit). A nurse took my blood pressure, and ultimately it was decided that they would give me an anti--nausea pill to see if that would help the vomiting before giving me IV fluids. (I was trying to reduce cost, ) The medicine kicked in after about 30 minutes. They brought me water to sip on and the nurse took my blood pressure one more time. I went downstairs to get a prescription for more anti-nausea and left. Several months later, I received a bill for approximately $189, which I paid. It is now October, and today I received a bill for an additional $497 for that same visit. I stopped paying my premiums to KP in the spring after I became so angry with them over so many billing problems the past several years that I simply couldn't stand wasting my time on the phone with them anymore. Why am I getting a second bill for a visit that happened eight months ago? And why in the world would one anti-nausea pill and a nurse taking my blood pressure twice cost almost $800? The doctor basically ignored me for over an hour. He came in to ask me a few questions and I never saw him again. This is utterly ridiculous. Kaiser is the worst when it comes to billing issues.
It's too bad because the care I received locally in my home state of Oregon has always been very good. However, I will never purchase an insurance policy through Kaiser ever again. I would like an itemized list of exactly what everything cost that day and why I'm being billed a second time eight months after the ER visit.

My husband Robert Bales died at the Fontana facility on 04/10/19...I have now just had the mindset to...

I want to make a complain to a representative of Kaiser Permanente. July 8, 2019, I called around 5-6 pm to make sure if my daughter was discharged already. The rep whom I forgot to ask his name was so rude, he just simply said " I don't see her name in room 304, first of all he should verified it connect me to the nurses station. Instead he was pissed off & hung up on me. I called again & asked him if he hung up on me " he said on a reverse psychology " did you hang up? I was so upset @ that time but to ignore this guy who's so unprofessional. Second incident I called today July 17, 2019, Wednesday, I called the Apria @ around 6:30 pm to find out my daughter's wheelchair ETA, I pressed 1 so the automated voicemail will connect me to Kaiser. I talked to this guy named Pho, he asked my daughter's name then my address, after giving my exact address he told me to repeat my address because according to him I have a strong ACCENT!! So I gave my address again, but was offended to what he told me. I asked him why he mentioned the word accent, that's discrimination. He said he thought that I came from Jamaica, carribean etc, when I said I'm from the Philippines, he laughed so loud! I was so pissed off, I told him what's funny? It's bec I'm Filipino . He apologized but too late. I remained calm & professional. I like Kaiser, we're a member since 2006 but can not tolerate this guy who was so rude & very unprofessional. I hope you resolve this issue ASAP. Thank you

I am writing this complain about my visit to the ER at Kaiser Permamente at 1am on July 4th. I went there...

ATTN: Physical Therapy department
My daughter had a physical therapy appointment today (5/29/19), and guess what, the person did not touch her at all -- they simply did the dry needling procedure (a 30 minute appointment that they only spent 15 minutes with her) and sent her on her way (leaving her crying in pain in her car).
They did not listen to what she had to say when she said other places hurt on her back - they blamed it on her saying she had bad posture -- they don't care! This is not the problem and you don't care to find out anyway.
Whenever I see a Kaiser commercial and they make it seem like they care -- they don't at all!
MAY IS MENTAL HEALTH AWARENESS MONTH - HOW DO YOU THINK SHE FEELS NOW?
OH, WAIT . . . YOU DON'T CARE.
I DO - BECAUSE YOU MADE HER CRY - AND I DON'T CARE IF SHE'S A GROWN WOMAN WITH FOUR KIDS - SHE'S MY DAUGHTER AND YOU MADE HER CRY.
ONCE AGAIN . . . YOU DON'T CARE.

Have been having issues getting my information for FMLA. Applied early April. Faxed in my signed authorization form on 4/12/19 to release my information to the company that provides this service for my place of employment. Clearly stated deadline to get info to " The Standard" was 4/22/19. Received notice that they had not received any paperwork, and the time was running out. They were going to close my case. SO I called ROI department and spoke to Erica said they had until the 4/26/19 per their time frame and when they received the request. I then called " The Standard" back and got an extension until the 4/29/19. Called ROI Department on 5/6/19 spoke to Tanya; said she would get it done ASAP today! The Standard still has not gotten any paperwork it is 5/9/19!!! They have closed my case. I am in danger of losing my job. I called today spoke to ROI department. (so upset I did not ladies name) said they mailed the information to me. I asked why it was not sent to The Standard? I guess the paperwork I filled out and signed does not authorize them to release my info The Standard (WTF!) Maybe someone could of told me that already, as many times as I have called. I assumed it was signed to release the info to The Standard. I still have no paperwork . By the time I get it and send it to them it will be way past DUE!

On April 10, I made an appointment to my personal physician, dr Bryant (in south Sacramento Kaiser), I told him my blood sugar has been so high (350-450), also I have been coughing on and off last two months.He used the listener and listened my lungs couple different areas and he said you are okay you don't have pneumonia.He told me double the metformin from 1000 a day to 2000 a day and said my blood sugar will be okay after two weeks.five days later, my blood sugar going up to 550.I ended up going to the ER. When I first saw dr Bryant, he should order an x Ray and check my lungs, finds out I have pneumonia and treat it, I will not end up going to the ER.therefore, I would say dr Bryant is careless and misdiagnosed.(I only talked to him couple minutes in his clinic)
[protected]@sbcglobal.net

Multiple times my girlfriend and I have came with her medi-cal and been treated like pain pill seeking...

I'm a new patient. I've been paying $200 a month for 5 months for insurance, through my employer. Called my...

Kaiser Permanente — marked do not rehire

I was hired to work at Kaiser Permanente in 2011. I worked for them for nearly 2.5 years and could NOT get...

Kaiser — misrepresentation of services, wrongful enrollment based on false information

I had called Kaiser inquiring about a Medicare supplemental plan as I was new to Medicare. I was quoted an...

yes I was referred to chronic pain over 2 years ago . the facility is in another city, it took 2 years 3...

I have been calling Kaiser since last December that my plan changed from gold to bronze starting January 1st...

Spoke with one of Kaiser's GA rep named Victoria to verify member's eligibility and just WOW! She speaks fast and I know it's because she knew that I'm for a different country because of how I speak English. We're both working, girl! She kept on murmuring like "Oh my gosh bla bla bla". First of all, it's your JOB to take calls, help us providers and answer questions we have. It's your nature Americans to mock, to be racist, to humiliate other nationalities just because we can't be fluent in English. I just hope you can bring your manners to work. (If you really have that)

Kaiser Permanente
22
%
Not bad, but could've been way better. This company does respond, but not as often as you'd expect them to.