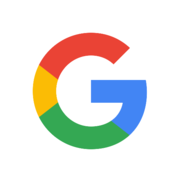 Having problems with Google?

I went onto the site and it stated that I qualified for a free starter kit. All of a sudden I see a charge on...

I was charged for both the CD and shipping via a credit card - however, I never heard of the company in my life. Two seperate charges were fraudulantly charged to my credit card.

1) credit card reciept says company location is NV, they claim they "recently moved" and the location is now NY.
2) they claim to be "affiliated" with Google. I challenged them several times, and they kept on insisting that they're "affiliated" with Google.
3) they refused to provide any information as to how the supposed "order in question" was made...whether it was made via mail, telephone, or online. I was told, "We don't have to provide that information."
4) they were downright beligerent as to how they obtained my card number. I was told that they obtain numbers "through all different sorts of means", to which I responded, "There is only ONE way of obtaining the number that is legal. If I didn't give you the number, a crime has been commited." To which they replied, "Who knows?"

please cancel order number [protected] dated12/2/08 as I cannot access the website, nor have I been told what...

unauthorized funds taken from bank account, fake website, no customer support number, , need to get ahold of
company to get money back from this scam website.

neve received it and unauthorized charge of $11.95 was made to my credit card

I approved your mailing the Google Success Kit for $1.00, but I never received it. Now, you are charging...

I signed up to receive the Google Pro Kit which was to be mailed to me right away. It is over a month and I...

my home address in google search

I viewed this E-mail regarding work at home. For 1.95 they would send a CD for viewing on how you can make these big
bucks working from home. I know that was not true, however, with the name of Google I wanted to look into what they
had to offer. By the time you go to page 2 this company already was in the process of taking 49.00 from my bank account.
I never authorized for them to take 49.94 only the 1.95 for the shipping of the CD. They had somehow blocked all the
phone access and you could not also get an E-mail to them. This company, after research, at least 4-5 scams. One day I finally was able to take to someone at Epromo. He advised me that Google Revenue Streams was not at this number and gave me another number to call and also I would probably never get my money back. I sent them a fax letting them know if I did not get my money back I would take this further. Well here I am and I do not plan to stop. 49.95 may not mean
much to people that take from others. However, if you are on Social Security 49.94 is millions.

After subscribing to this service and waiting 17 days for the CD I decided that it was not the money making...

did not receive purchased software

I was experiencing some fraudulent charges on my credit card, which were all online, while I was looking into it I discovered that some charges on my bank statement were for Google Money Profit. After further investigation I found out that they had debited my account $2.99 for a trial membership and 10 days later they debited $39.95. I did not order a trial membership or anything else. I did not fill out any forms at all, I did not give them any information at all especially any personal information. I absolutely did not give them any of my credit card info. How in the world did they get this information. And by the way there's no one living in my house that could have done this.
I did call them and explained the obvious. I could tell the lady I spoke with did not believe me but she said I would be receiving the CD at my address to just refuse it or return it . She also said that the charges on my account would be taken off. I guess I'll just have to wait and see. If this is really Google doing this they need to be stopped, they make millions of dollars a year off of all of us that use them as our homepage. And if this is someone they let use their name they need to do some research on who they do business with. I just don't understand how this happened without any imput from myself. There were two telephone numbers on my bank account [protected] and [protected].
P.S. The only thing I can remember about this Google thing is that one night I started to shut my computer down and there was a pop-up that had Google Money Profit on it and I clicked out of it and continued to shut down my computer. Upset and Dissapointed.

My email account was stolen and I cannot find any place to report it. I have tried to locate a hotmail...

I bought a cd to try the program $ 2. 17 I previewed the program online and decided not to continue I sent an...

I purchased a CD to make some money from Google by paying Rs.1250. When the CD opened it gave a link to the...

I had paid Rs.1250/= to register myself on Googlecashkey.com for online job. After registering myself I did not received any offer from Googlecashkey and I can not understand what to do for earning online.

I did not receive any support, suggestions, guidance from GoogleCashKey. I feel that I am being cheated by them. I had paid money on the faith that the same is supported by such big search engine Google, so they can cheat any body. But I realised now it is big scam and fraud and I am one of victims of internet cheating.

I m deepak i purchased google cash key on31/05/2008 by cash on delevry but i dint find it helpful for me because after every time joining a advertiser the google adwards key ask for money to activate my account.
So i have 25 advertiser i have to pay almost 250 per advertiser. so why to pay for all this again & again.

as they have mentioned that it is money back garuntee writing so many reminder to tham thay didnot give my money back.

So i think that its all a fraud that they are doing.

Can some help me to get my money back.

Hi: my name is John Alvarez I send for A google Profit/ Money making CD, about 3 months ago for a trial...

Unauthorized charged in credit card #6011 3800 [protected], since may these charges been withdrawn out of my credit card. Beware people!

Google
1
%
Doing nothing would be this company's favorite pastime, if they had the energy for it.