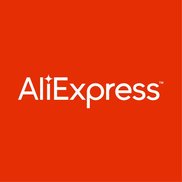 Having problems with AliExpress?

ComplaintsBoard.com is not affiliated, associated, authorized, endorsed by, or in any way officially connected with AliExpress Customer Service. Initial AliExpress complaints should be directed to their team directly. You can find contact details for AliExpress above.

Use this comments board to leave complaints and reviews about AliExpress. Discuss the issues you have had with AliExpress and work with their customer service team to find a resolution.

On [protected]:49 I bought from the BONROAD Official Store on the website www. aliexpress.com thi...

AliExpress — I would like my money back from payment protection

I have made several purchases on this site. I notice over the last month, and I have been having a problem receiving the items, communicating with the seller and returning an item to sellers.

During the dispute process, the seller is given the money back on this occasion.

I am so unhappy with the unfair treatment, and these ridiculous email sent out by Ali express after making their decision with no result of escalation.

I have 5 more dispute waiting for results, and then I will completely close this account.

I urgently request you look into these matters od mistreatment of this customer.
Yours sincerely
Paula Beezer

Ali Express — Money paid to ali express but items not delivered and money not returned.

Dear Sirs,
Good day and Happy New Year.
Please be informed that my father in law ordered a stainless steel with glass table from Sparks Fy Store (from ALI EXPRESS) however the seller received the money but never shipped the table.
We can confirm that we never received this item.
Ali Express is a reputable company therefore we kindly asking for your assistance on this matter.
We tried our best to contact and ask from Seller Sparks Fy Store already however no response from this seller. After many messages we are forced to contact Ali Express directly. No response either.
We stand on your professionalism and waiting for your instructions how to handle this case.
According to many reviews found in Ali Express,   " Sparks Fy Store" is considered unreliable and unprofessional seller and wondering why is still allowed to use Ali Express database since your good customers are not happy and would say that all rates for this seller are really low and negative.
Waiting for your comments.
Details:
Ali Express Order Number: [protected]
Buyers Name: Mr. Michalis Macheras (my father in law)
I am assisting him on this, my name Chris Pouros (son in law)

I am a Dutch customer at Aliexpress. Recently I bought a mobile phone on Aliexpress. Order [protected]...

40pcs 1/2 Inch Brass End Cap Male Thread Brass Hose Plug Green Thumb Plumbing Fittings. This is their description. When I saw HOSE in their description I bought a DOUBLE order to use on my hoses. It is NOT the same thread type or even the same size. They want me to pay to ship back. I should NOT have to pay to ship it back for their WRONG description. The reason I came to this method to resolve this is also because their web site kept bumping back to "Start" about 8 times. I gave up. I looked into this company at the Better Business Bureau and they have had over 100 complaints in the last 90 days. Any help would be greatly appreciated.

I ordered 6 sets of crimping tool worth € 177.70, the seller sent me a cable insulation tape, I opened the dispute, but aliexpress says that the reason for the dispute is invalid, even if I attached evidence to the dispute (pictures of the product, picutres of the package, tracking number)

Several parcels have not arrived. Our order page says confirmation received. Our post office cannot track. They say they did not receive the parcels. That this happens a lot with AliExpress now.
We have missed buyer protection, because corona problems.
What can be done now?

Aliexpress shipping to Cape Verde is almost impossible now.
Most request shipping cost minimum 40-80 US$
Some up to 400 US$ for an Item of less than 5 US$
Very few offer post office, via Cainiao Super Economy, or SunYou.
We practically cannot use Aliexpress anymore now.
We used to buy for several 1000 US$ a Year.

Thanks and best regards Urs

I bought a set of 4 pieces air springs from a seller on Aliexpress on April 4 2020.
I installed the parts on my car on sep. 2020 because everything was closed at the time due to COVID lockdown, two pieces failed.
I informed the seller on sept 21 but he ignored me, there is a warranty for one year on the product I bought.
I paid $542.27 for the product but useless.
Airfuspension store
Order ID [protected]
I need help.

here is the timeline

I have paid for this order on 11.11.2020, the seller told me that he will ship the parcel from Germany to Romania

When i confronted the seller he told me that the carrier lost all the parceles from him, then i told him to send me the invoice to see the truth, but nothing, he just sent me a print screen of my order, not an invoice from the carrier.

At a certain point, I was forced to open a dispute, because he did not answer my messages anymore.

I did not close the dispute because I dont trust this seller anymore, and now, in the dispute evidence section he uploaded FAKE photos with a FAKE converstion with me (that DID NOT HAPPENED), that i have asked him to change the delivery address to another city in Romania, I repet, WE DID NOT HAD THAT CONVERSATION.

and also he provided a THIRD tracking number with a parcel delivered to this CHANGED DELIERY ADDRESS, not my address from the order.

I have uploded in the EVIDENCE SECTION a movie with my messages with the seller, THE REAL MESSAGES, not the FAKE one he uploded

I ordered an item from Aliexpress seller on 13/11/2020, Order Id: [protected]. At the time of ordering item was showing an estimated delivery time of 7-15 days which was suppose to be between 21/11/2020 - 28/11/2020. Upon contacting the seller on 02/12/2020 (Few days after estimated delivery time) and I was given a completely different tracking number by the seller which doesn't match with the tracking number against my order. I was also told that it can take 40-60 days which is significantly longer than original estimate of 7-15days. I believe this is mis selling.

I raised a dispute with AliExpress by adding evidence of estimated delivery time and my conversation with seller but based on response received by AliExpress, I got the impression they did not even read the description and didn't look at the evidence I provided and also referred to old tracking number which I believe is not valid either

AliExpress have not supported hence escalating it via this route and hoping for a solution soon.

I ordered these items in December 2019 and up until now I have only received one of the items I ordered. I initially thought the delay was due to COVID, but after checking in at the Post Office multiple times, I have concluded that the other items were not delivered.

I have also ordered some items in October 2020 and the expected delivery date was Nov 12, it is now December and my orders have not gotten here.

I had placed the order on November 12, 2020, to buy 3 wired mouses from Aliexpress. The Order Number is [protected]. I waited for ages and frequently asked the buyer for the delivery. They also quickly responded to me and asked me to wait some more time. I did, and one day I found that my order was "CLOSED" and It was indicated as "FINISHED". When I tried to contact the seller, again they said, it was a mistake and the product will be reached me ASAP.
Again I patiently waited for some time. Then when I tried to contact the seller, they are not responding to my message. Please find the attached evidence.

I ordered a adapter for my dell laptop on may 31st 2020. The adapter was delivered on july 02, 2020 and turned out to he defective. After filing a refund for the item I was told that I will have to return the item and bear the shipping cost. Returning the item to china would cost me more than the cost of the adapter itself. I had paid $21.94 for the adapter

AliExpress — Seller does not help

Recently I bought a radio from a seller (order no [protected]). The radio is faulty and is not working properly.

I contacted the seller about this, but he keeps holding me on the line. I've sent multiple mails to the address he gives (external mailadress), I've sent proof through Aliexpress messaging and contacted him numerous times. he still refuses to admit that he receives anything.

Please advise me on this, as the seller advertises the product with warranty. However I haven't been able to use it for just one hour, it is already broken.
'
Hope to hear from you, kind regards.

I had ordered family name hearted picture to make. When I did receive it, it had wrong names on it. I did contact the seller and never heard back. My feelings are hurt very bad. I do want the right one with the right names on it!! Also, why won't my payment go through. I have ordered other things recently? I do really want the family one very bad!?

The seller for order:[protected] is refusing our request for refund upon initial order, messages between us confirming they are aware, still ignoring refund request and shipping non existent. Aliexpress process is we have to wait 10 days after shipment date, however if the seller doesnt mark item as shipped the not dispute can be logged with aliexpress, total scam,... Umidigi offical store avoid at all cost £170 out of pocket

I have not received my order. It shows FINISHED. The seller is not answering my question. I cannot file a dispute.

Aliexpress - bad shopping experience I had problem with this seller"healthy massage drop shipping store" from...

I have placed an order which when arrived was not correct. I contacted the supplier and was reassured that the mistake would be rectified. In order to avoid unnecessary postage costs I was prepared to place another order for more items. However the seller was very reluctant to give me the information I wanted regarding the product and I could not buy the product without having the information and each time I sent an email (13 at least) I did not get a satisfactory response. I want to do business with this seller and the seller seems not in the least bit interested.. I have terminated my correspondence with this seller.. They have very very poor consideration for the true buyer. I will not buy again unless the seller is more considerate and listens to the customer.

AliExpress
2
%
Doing nothing would be this company's favorite pastime, if they had the energy for it.