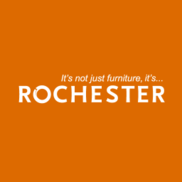 Having problems with Rochester Furniture?

Good day I am really not happy about the service rendered by Northgate. I ordered a couch from Mike ...

My name is D Le Mottee
I purchased lounge furniture including new corner couch, tables and TV unit. I requested delivery be held back so that I could remove my existing furniture first. That was no problem. On 8 April I paid the remaining balance and requested delivery. I was told it would take place on 15 April.

At this stage I had removed all my existing furniture in anticipation of delivery. I was informed on the 15th that there was a problem with delivery due to a change in the Rochester warehouse computer system. This is still the case on 25 April and I am told by the Northgate store that I will be informed when the information has been transferred to the new computer system by the distribution centre.

I brought 2 couches in 2016 and they are staring to peel off and losing shape. I went to the Clearwater branch, where I brought them, to lodge a complain and I was requested to complete and submit a form on the 11th March 2017. It is now 9 days since I lodged the complain with no assistance. Wherever I call the beach the sales pestle keep on promising to get back to me and they don't while the couches keep on getting worse

Hi My name is William Mmela. I bought couches in collonade (Montana) in December 2015 and they had warranty...

I can not believe the kind of service Bedworthpark Rochester has, on the 12 of November 2016 I purchased...

I remember years back, visiting Rochester store often. I saw a bedroom set and dining room set which i...

I recently purchase some furniture from the Rochester store in Craighall and had a debit order set up to come off my account on the 26th of each month. The amount came off my account for the first time on the 26th of July and I received an sms from the JD Financial Group a few days later requesting immediate payment! I phoned the accounts department to check what was going on and was advised that everything was up to date on my account and "I mustn't worry." Yesterday I applied for a storecard through Woolworths and to my surprise it was declined - reason being that I have been logged with ITC as a slow payer by JD Financial Services and that my account is two months in arrears!!! I now have a bad credit record because of your incompetence!! Please contact the ITC immediately to rectify this and I expect an apology from you. I am livid!!

I bought a couch at Rochester in November 2015, in February it started pealing off which I complained. The took my couch in April and to date they have been sending me from pillar to post.

I escalated my problem to their regional office and national office who promised to deliver a new couch on Friday the 10 of June and no one bothered to call me and inform me on non delivery. I spoke to van niekerk who promised to ensure that I get a couch today. Some guy called Yaku called me from Festival mall to give me further delays on delivery to Friday meaning I must sit on the floor this cold weather

Rochester...Where do I begin? It started last year December when we made the fateful mistake of walking into...

Argumentative, defensive/aggresive, unprofessional, the words just flood me when I think of how I was dealt with at an interview when I applied for a position with the company

As far as I know, in business you treat people with respect, be it a customer or a prospective employee? The interviewer discusses & asks questions that gauges the prospects ability & suitability which he notes. At the end he is free to make a decision either in favor or not?

From the get go I was treated with disdain & had to practically defend myself on all fronts from personal attacks to professional ones as well.

How I managed to keep it together I suppose is to my credit. My better judgement told me to remain professional even though I felt I'd been treated unfairly. It was just a waste of my time & the effort I'd made for this shamble I found myself being engaged in.

What a pity when leaders in positions of power feel they have the right to behave so? I can only imagine that the power goes to their 'heads' & their egos get a thrill from it!
If the tables were turned, & based on the authoritarian condescending manner in which I was treated, then my assumption would be that he's an aggressive egotistical bully, whose subordinates shudder at his presence, he is totally another character in the face of his superiors, & an utter fake in the face of the Rochester customer!

Well thank goodness I recorded the whole thing & on listening to it feel ever more aggrieved.

Rochester was a place I considered working at? Rochester now is a bad memory I shall not hesitate to share with others.

I suppose all complaints are treated as priority? I would consider this a complaint in the interest of proper ethical conduct & behavior during the interview process.
Unfortunately such behavior shouldn't be tolerated at all!

To Whom It May Concern After consulting with my attorneys on the below matter, I would like to hereby give...

I ordered a couch from Rochester in Woodmead to be delivered to my home. Rochester insists that the customer pays up front before they will deliver the items. I waited 10 weeks for the couch to be delivered. On delivery the driver and his guys ended up damaging the wall and pulling the door off the hinges. I complained to Rochester about the damages. Rochester said that they are only contracted to deliver the items to my front door and were doing me a favour by moving the couch inside. As a result they are not prepared to repair the door or compensate me in any way.

We bought several pieces of furniture from Rochester in Centurion. Some of the items had to be replaced three times before they were of (almost) reasonable quality. Although I value Johan at the Centurion branch's cooperation, he does not see the furniture before it gets delivered, so he cannot vouch for its quality. Still now, we are sitting with a set of dining room chairs that differ as much as 3 cm in height from one chair to the other and doors on the buffet that look like the carpenter never heard the term 'square'.

We would like to have a factory representative take over this issue, come and do inspection and sort out...

In the beginning of July 2005 we bought a lounch suite from Rochester Furnishers in Strubensvalley Roodepoort. Their policy is 30% deposit and then they order the furniture to be delivered within 8-10 weeks. When I phones to follow up I was told that our lounch suite already arrived on the 24 August but it had a tear in the one seat and that they have send it to the dealer in Johannesburg to be fixed. When I phone 3 days before my set was suppose to be delivered I was told that the set is still in the warehouse with the tear and that the manufacturer will collect it only tommorrow and that I will have to wait another 2 weeks if I am lucky!

Rochester Furniture
0
%
Doing nothing would be this company's favorite pastime, if they had the energy for it.