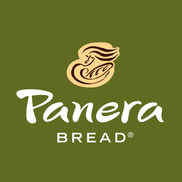 Having problems with Panera Bread?

ComplaintsBoard.com is not affiliated, associated, authorized, endorsed by, or in any way officially connected with Panera Bread Customer Service. Initial Panera Bread complaints should be directed to their team directly. You can find contact details for Panera Bread above.

Use this comments board to leave complaints and reviews about Panera Bread. Discuss the issues you have had with Panera Bread and work with their customer service team to find a resolution.

I was told to contact you about my concern.
On around January 7, 2021, I went to the Panera Bread on 7169 Security Blvd in Baltimore County . I was very dismayed and disappointed that an employee would think that it is funny to call himself playing a JOKE on a customer by placing dried up distorted pickles in my order . My daughter and I purchase somewhere around 100 a week at Panera and to be treated in this matter by a suppose to be manager. His name is Macla( spelling error) a short afro american male. I happen to check my bag before I left and discovered. what he had done. When I confronted him, he laughed and said " I knew you would be coming back" In otherwords, he also felt it was appropriate to inconvience me. That is so disrespectful. He told me to take those pickles and then gave me some more in another cup. I threw all of them in the trash in addition to my entire order. Later, the next day, as I was entering to speak to someone, a manager by the name of Wavonne( afro american woman
said " He told me what he did to you yesterday with a grin on her face. Later saying that he had no business doing that. Another lady in the store saw what he put in my bag. She was also shock !!
After I thought about the situation, I contacted your customer care office. I spoke to a lady by the name of Alice. She agreed that his actions are not
what the panera company promotes and should not be happening.
I have not received any feedback from this situation. I will say that I do not feel comfortable going to that store with an employee presenting this type of behavior. I was also informed by another employee that Macha has health issues. Is that a reason for him to be nasty, dirty, and unprofessional on the job? I strongly recommend that someone address his behavior immediately.
I would appreciate feedback as to what is being done about this. I do not want him to do this to any other customer. He is a poor example to represent the company.
I can be contacted at [protected] and my email is S__Bess1570 @comcast.net.
Thank you, and I look forward to hear from you.

1) vehicle in front of me took over 30 mins place order. They should have been told to come inside as I was trapped in drive through bc there was no way exit.
2) all vehicles lined up same vehicle exits car and talks to employee outside as again I was trapped behind this vehicle 10 mins and they wouldn't move up.
3) I ordered 2 whole salads and flatbread pizza order came to more than the family feast $23 I felt like I should have been informed about the special.
4) my order wrong got refund
5) was at panera bread total hr and ten mins such a waste of time and have no meal. Won't ever come back

I was just at Panera in Port jefferson Very long line I asked the manager Thomas if he could be someone else...

I'm very disappointed on the way my husband was just treated, they took forever to give him a Sandwich it was only 6:40 they don't close till 9 pm and they didn't have a lot of the stuff we wanted.
After my husband waiting there forever, his name is JOSE and they were calling JOSIE... after my husband asked do you mean JOSE? And the lady said OH, well close enough! Not professional at all . I was at home and when he got home this is what they gave us... see pictures I'm attaching. Seems that some of the food was rotten. This is not a meal worth $20.

Panera Bread — Forcing me to tip 30% on a delivery order

I am on coronavirus quarantine for an upcoming surgery and I am trying to place an order for delivery from Panera. However, it automatically adds a $3.00 tip and there is no way to remove or edit the tip amount. The mandatory $3.00 tip is in addition to a mandatory $3.00 delivery fee. While I am usually a generous tipper, I do not appreciate being forced to do so. A tip is just that, a bonus, an extra for doing a good job. A tip is not a mandatory fee imposed by a company. It is ridiculous and offensive to force me to tip a driver who may not even do a good job. My order is only $11.00, but after all of the mandatory taxes and fees, it goes up to $20.00. So I need literally need to pay double in order to get my order delivered. While I am in quarantine. Awesome. You know, I am currently a Panera rewards member. But I am now fully boycotting Panera and spreading the word on the massive (in my case 60% before taxes) imposed tips and fees.

Panera Bread — Ordered something and did not receive it

On 12/28/2020 at 4:19 pm I placed a drive thru order at the Panera in Hilliard Ohio, store #[protected]) for the amount of $8.18, and handed the cashier a $20 at which time she told me there is a coin shortage and she could round up and donate. I told her "no thanks" she then said she had no change. I told her there was no coin shortage and she was not going to keep my change or force me to donate, but, rather than continue the debate, I found .18 cents and gave to her and she gave me the bills from the $20. She returned shortly with my food and said "you are lucky you had .18 cents, I told her I was not lucky, I would have just gone somewhere else. I asked her to tell the manager that I would not be back to Panera and would be filing a complaint. A woman approached the window, I assume she was the manager, and asked what the problem was, I told her it was the managers responsibility to have change for the customer and not just keep their money or force them to donate and I did not believe it was legal. She replied there is a coin shortage, I told her that excuse had been tried early on (meaning when Covid began) but, there was in fact no coin shortage. I then asked her where she thought all the coins had gone from last week to this week. I then told her that I would not be back to Panera and was filing a complaint. I am wondering why it is ok for Panera to not return my change (coins) and require me to round up and donate .82 cents rather than Panera rounding down for the .18 cents? I have enjoyed eating at Panera since 1997 but, will be giving my business to someone else that will gladly give me change and not keep money that does not belong to them or that they have not earned. Thanks, Koenia Siebers

BLM and anti police t-shirts suffolk va location. Will NEVER do business there again. Have alerted our police so they don't get a surprise in their food. Also my salad had hard unripe avocado, husband's sandwich was sloppy. Ordered online as usual, must have new manager because we never had issues before this... stupid for the price paid for these items!

Panera Bread — We tried to place an order for our staff meeting.

15 orders. The website was undergoing maintenance, but I was not informed of that until 4 attempts later when...

I order from Panera in Newburyport, MA on a regular basis, and yesterday I got two kids grilled cheese...

I have spent over an hour each of the last few days trying to reach Panera to provide feedback on my recent...

If I order something I expect it to be filled looking. It just looks like a depressed meal. I get off work...

On 9/2/2020 I purchased a gift card for $100. I am also enrolled in the $8.99 monthly coffee special. I have been using the gift card card since I received it and have noticed on two different occasions, 9/21/2020 and 10/20/2020 that my Master Card has been charged $9.71 when I purchased a dozen bagels (bagel Tuesdays) and a coffee that should have been charged to the $8.99 special offer yet I was charged for everything on my Master Card. Can you tell me how my credit card, your gift certificate and the monthly coffee special are messed up? Thank you for your time.

Panera Bread — Not being allowed to order over the phone

I called and wanted to place an order for bread bowls. I was planning on getting them the next day. I wa...

I purchased a gift card on September 5, 2020. It was supposed to be mailed to me. It never arrived. I waited 3 weeks before got in touch with their gift card partner who told me I had to wait until September 25 because it takes up to 5 business days to received my card even though it had been more than 15 business days. I have tried to get back in touch with someone but al I get is a repeating message telling me how much I mean to the company but after 30 minutes of that I gave up. I want my $50 gift card.
My receipt number is 4AFRBHFQ00R7.

I ordered for rapid pick up. I ordered $27 of food. The promo code LUNCHBREAK is good through Dec. 31, 2020 for $5 off $20 order. The promo code didn't work. I called the store. The manager said that the store I ordered from is a franchise and doesn't honor Panera promotions. There's nothing on the Panera website that its promotions are only good at company stores.

I shared my complaint with Customer Care last week--no reply.

I called their Customer Service number and was on hold for 75 minutes.
I finally hung up.

At the hoboken NJ location today my husband was eating broccoli cheddar soup. He felt something hard and spit...

Panera Bread
4
%
Doing nothing would be this company's favorite pastime, if they had the energy for it.