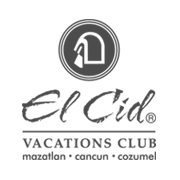 Two weeks ago I purchased timeshare points from the El Cid Marina in Mazatlan. We were approached at the...

Have had a very similar experience and want desperately to get back over $11000.00 we have already paid into...

They lied to us about the value of our Las Vegas timeshare which they promised to sell for $12,000. We were required to list with Resorts Solutions (a partner in the scam) for $500. I kept reducing the price but it did not sell for $100. We were given 3 weeks at El Cid which we were told we could sell for $2200 each. Again, no sale at $500.

We were assured that we bought enough points for a 2 bedroom unit at El Cid & other RCI resorts. El Cid raised the number of points so we are no longer able to get a 2 bedroom unit.

My mother, step-father and I were "invited" to a time share presentation while in Mazatlan.

The presentation was given. When my step-father said no, they turned to my mother. When she said no, they turned to me. When I said I couldn't commit to this right then and there? The insults began. They asked my mother's age and proceeded to insult her parenting skills or lack thereof. They then asked my age and called into question my parenting skills. These two guys, (one named Mike, who's father is the president of the company, and the other, I can't recall his name) told us all that we didn't want the best for our children and that our children would be starting out low in life. We were told we had no class. As if this personal attack was not enough, they proceeded to insult our country, CANADA, stating that the United States and their citizens KNEW what "class" was and wanted to give and did give their children the best. Unlike Canadian citizens, apparently.

I might point out that while we were there, we were taken on a tour of the El Cid. We did not see one smile on one face of any of the guests there. No one seemed to be having a good time. If being the "best", wanting the "best" and having "class" means having no fun while on vacation in such beautiful surroundings? The El Cid can stuff their time shares!

Beware of this rip off!

My wife and I stopped at Cozumel during a cruise. Our excursion was cancelled due to the weather so we...

i had been a victim of a scam!

In October 2006 we were pressured into purchasing a timeshare with El Cid Resort in Mazatlan with a verbal promise that they would sell the Timeshare that we already owned with Mayan Palace. They were going to give us an automatic 50% of the value of our timeshare, valued at $23,400. The timeshare they were selling us had a value of $29,400.00, and were to put $6,000.00 down, they would give us automatic credit for our Mayan Palace Time Share ($11,700.00) and that they will sell our timeshare and pay off the difference. Well, so far nothing has happened with the sale of our original time share, actually, the only thing that happened is that we got a bill from a Company in Los Angeles, CA, asking us to pay the $11,700.00.

We told the sales person that the only way that were willing to buy was if they sale our timeshare, because, we already have one that was paid off, that we didn't need another one. Of course they promised that they would sell it, but it has not happened.

We paid them $6,000.00. and we received the bill for the first payment of the remaining balance and I paid it, but then we received the second bill, and we decided to make some calls and ask some questions.

So I called the Credit Card Company and explained to them about what they had told me when I bought the timeshare, and WHAT A SURPRISED!! the person that was helping me, told me that he believed I had been a victim of a SCAM, because EL CID IS NOT IN THE BUSINESS OF SELLING TIMESHARES.

When I contacted Mr. Coppel, who is the manager at El Cid in Mazatlan, and oh by the way is the one who promised to sell my other timeshare , he told me that I can do whatever I wanted to do, however if I refused to pay, they are going to ruin our credit, and that I signed a contract. Yes, I did sign a Contract, however I thought that we were dealing with honest people.

We do not even care if they keep the $6,000.00 that we already paid, but we don't think it is fair to pay on something, that we did not need or want in the fist place. And only agreed to with the understanding that they would sell our other timeshare, because we don't want or need two timeshares.

El Cid Vacations Club
4
%
Doing nothing would be this company's favorite pastime, if they had the energy for it.