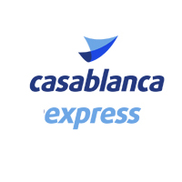 Having problems with Casablanca Express?

Well I have to say I'm very disappointed! Yesterday I got the call to get the details fir our free cruise. Well I found out it's not really a free cruise. They asked if I wanted upgrades and I said no. But I did ask for prices. So I could compare with the prices on carnival. Well to say the least. It was just as expensive as a reg. Cruise with the same grade room and all as this suppose to be free cruise. So with that being said I told her no to upgrades so me and the husband will be in bunk beds in back in the bottom as jessica the travel agent said. And since I didn't upgrade that means that they will call me 10 days before the trip to let me know if they ran out if cabins because sometimes that happens. When you don't upgrade, she said. So I told her how often does that happen? She said occasionally it happens! I'm thinking okay I have flights booked and hotel stay I already planned and paid for and put my vacation time in at work. All fir them to tell me that it might have to get rescheduled after a test of doing all the rules to have them give me a date and then might take it back 10 days before trip. That don't make since you me. All because I didn't upgrade, she wasn't to nice and didn't want to tell me any confirmation and other info about the cruise. So that I could pull it up in carnival and see the excursion and itinerary. NOTHING BUT ATTITUDE. so now I don't know what to do. I will have so much money and time wasted if they have reschedule cruise, because I didn't upgrade. And since I don't upgrade to at least get a king bed instead of bunk beds $475.00 fir 4 days that were on cruise. I don't get any info to know my cabin is secured. This isn't going to be good. I will not recommend Casablanca. The sad part is I have another trip to Vegas in July 2020 with Casablanca. I hope that experience is better then this one. I thought it was great to get these free certificates for buying a time share, but really it's just been Chaos. So frustrated.

We were promised a cruise from Catalina and paid $100, a vacation to Orlando with universal tickets and paid $300 and a two night stay in big bear. They told me they were going to send me the dates of availability but we never got that. I called and was told they would send us paperwork with dates of availability and still have not received nothing. This was done 7/30/18! This place is a scam and rip people off

they will not return full amount of deposit for canceled reservation.

After we have canceled our trip and requested full refund, only part of the deposit amount was returned. Despite multiple contacts by phone and email exchanges requesting full refund, they keep significant part of our original deposit. Each time we contact the company they promise to return the money. However, it looks like they do not have any intend to do so. Moreover, they claim that we have purchased additional deals in different offices (looks like fraud) as a reason to keep our money.

travel - "you won a free cruise"

My husband and I went to a presentation for a timeshare and after say no a few times was given "a free...

service I am complaints about

My Certificate number is KLZ 257175 . Brenda Called me Monday on booking My trip but she told me to call her...

everything, management, deceitful advertising time management... from a to z

I would like a corporate email to send a VERY detailed letter about the worst experiance of my life. Please let me know who to contact. Filing a complaint with BBB and making sure your social media accounts know what scam artists work for this company. Never will i do bussiness with this company again. And i do not want to speak to "Julio" the supervisor who was so rude to me yesterday.

My trip is in 4 days and I have yet to receive my boat voucher, I have called 6 times this week and have spoken with several customer service representative and one was gracious enough to give me her direct extension x7408, however she never answers or returns my calls, which besides the 6 customer service calls I have made this week, I have called her and left messages over a dozen times. Basically I am told by the reps that my voucher was mailed to me, and that will email me the voucher instead, to wait ten minutes before checking my inbox, I check and nothing, so I call back and wait for 30 minutes to speak with a representative, than I am told that they are referring me to the reservation department and they should take care of me, nothing has been emailed to me, and no one seems to be able to email the voucher information other than you are departing from Long Beach on Monday, and that is all we know because the reservation department has that information. Unfortunately I have never spoken to anyone from the reservation department other than the day I made the reservation 8 weeks ago! Yes, I was also given the bait and switch, I was told to upgrade and pay more or else I would end up with a Motel 6 type of room up the hill lugging my luggage. Last time I will ever fall for that crap! Because this is the last time I will use Casablanca Express.

[Resolved] Refuse to return your money

In order to redeem my price I had to attend a Timeshare orientation at Fox River Resort that lasted 3+ hour...

Well we got this promotional vacation gift from a time share to a 3 day two night vacation at las vegas... we...

Last week of May 2011, a person kept calling my mobil phone for about a week, and, since I could not answer...

We attended a very boring time share trick and didn't purchase anything but did get a trip to San Diego...

Casablanca Express is pure scam. They will sell you the package, but they never have a room available. I send them the tax money and then I couldn’t make that trip I cancel that and I was told to get my money back within a month but nothing happened. I try to call them and they told me that somebody make mistake and I never got my money back. Be careful.

i wanna say that casablanca is not that bad u people act like you dont have jobs and that you dont get a rude customer every now and then people r somethin else they always complain about gettin rude service but sometime and people no where in comin from the customer already has an attitude when they come in the store so there is no winning with them, im not sayin that you never get rude employess im just sayin that some of you people need to calm down with complaints on all these compaines dont act like you get along with every customer you have impossible for those of you that do have jobs

After receiving a certificate for a 3-day vacation in Cabo San Lucas, Mexico that offered the trip FREE, I...

Full of lies and scams

I was lured to Casablanca Express by saying I won one of those drawings you sign up for in the mall. I ended up attending a timeshare presentation for about 3 hours and "won" a trip and a free night's stay at a motel. Before I received any of the "free" goodies, I had to write a check for $50 to cover taxes, etc. Fast forward about 3 months later and I had 4 days before I was supposed to go to Disneyland and stay at a motel...but had received nothing.

I called customer service, and was greeted by a rude and contrite woman. She asked me to confirm my address, and I did, but told her I moved a few weeks ago. She gave me some smartass remark about "well, if you called us when you moved, maybe you would have gotten your paperwork by now!" The not-so-bright customer service agent doesn't understand the concept of mail forwarding and how it shouldn't affect the time mail is received. I explained Casablanca was not on my list of priorities when changing address information (in fact, I hadn't even thought of it until our scheduled trip came around).

She proceeded to give me the motel information (Best Value Inn in Anaheim - which, she never informed me, there are TWO of), and when I asked how to get the tickets, she said at the Best Value Inn.

Needless to say, the day of our planned motel-stay and Disneyland trip, we drove 35 miles to the motel, only to find out they did NOT have our tickets!! Casablanca Express was conveniently closed that day, so we had no way of finding out where our tickets were stashed. Three months of preparation and excitement, and we were left with an hour and a half of driving and nothing.

I had my boyfriend call Casablanca the next morning and speak to someone, who told him that they would have given me the correct hotel to pick up the tickets, had I not hung up on them! THIS IS UTTERLY FALSE. I hope they keep phone records to prove that I never hung up. They said the Ramada Inn (??) had our tickets. I called the Ramada Inn who said I had 6 more hours to pick up the tickets before they were voided.

Long story short, this whole situation is a mess, customer service is appalling and rude (and apparently I'm not the only one who thinks so!) and I'm waiting for some sort of compensation for this atrocity and waste of time.

So, after sitting through the 90 minute (3 hour) presentation for our promotional vacation, and dealing with...

I had to sit through a time-share presentation for more than 90 minutes (including, a "high-pressure sales pitch) to get a "free" trip to San Diego.

Later, Casablanca Express called me to tell me that they "ran out" of hotel rooms for San Diego, but I could stay in a nicer hotel in Las Vegas - for $149.00 and I'd get a credit card company's "gift card, " worth $100 that I could "use to get cash." (Plus - you have to go through ANOTHER 90 minute time share presentation, there!)

It turns out you cannot get cash out of the gift card - you have to use it buy things at "designated" places! Seems like a "bait and switch"/rip-off, to me! Also, why should I have to do yet another time-share presentation, when I already did one, and supposedly earned my "free trip"?

Casablanca Express
5
%
Doing nothing would be this company's favorite pastime, if they had the energy for it.