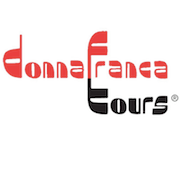 Having problems with Donna Franca Tours?

I wish I had known of this forum when I used Donna Franca tours a few years ago. Her agency came recommended by a friend whom I dearly trust, and even she was surprised at the shoddiness of the tour and the lack of responsibility that Donna Franca displayed. Because I was a single traveler, they insisted that I had to pay the single supplement, but that it would provide me with a double room. I never had a double room, and when I told each hotel that they had received payment for a double room it was denied at each location. Donna Franca did nothing about it, and took no responsibility for the situation. She put me into a tour of the south that took eight hours to return to Rome, and caused me to miss the first gathering of my official tour and did not repay me for taxi rides that I had to take to get to the gathering that had already ended (without any notification to me; the owner of the restaurant called her to assist me in getting in touch with the guide and she was of no help). Her guide made no attempts to check whether or not I had arrived at the hotel in Rome, did a poor job leading us in Venice, and I was charged over $100 before I left the US for her agency to call and extend my stay by one night (they had only planned for us to visit Venice for half of a day before we departed). In addition, we spent a wasteful number of hours at her estate in Italy where we were supposed to get a homemade cooked meal, and only received a tour of her winery - a room dug into the ground with a few barrels. When I returned I sent her a polite letter explaining that I loved Italy but outlining the difficulties that the tour and guide provided, and she again took no responsibility for her planning or her guide, blamed me for getting to Rome late, and of course, provided no rebate (what kind of tax exemption does she receive for bringing tours to her estate under false pretenses??!!). STAY AWAY FROM HER AGENCY.

I deposited money w/ Donna Franca Tours for a trip to Tuscany. I paid the deposit of the trip, insurance and purchased my plane ticket through them. Eleven days prior to my departure I left a phone message for my agent informing him I had not received confirmation of any kind nor my plane ticket. The guy is such a chicken he responded via e-mail that the trip had been cancelled due to low participation. When I requested to get my money back since I had purchased the insurance. They informed me a claim could only be filed if I had a medical reason which prevented me from traveling. If the tour operator cancels, the insurance does not provide coverage.

I understand that the company must have a certain number of participants in order to be economically feasible but the consumer should not be penalized for their inability to be profitable. Donna Franca Tours should be accountable when they cancel a tour either through the insurance they provide or direct reimbursement from the company. The insurance coverage they provided me was worthless unless I cancelled.

The most unbelievable and incredible part of all this was when Ms. Franca told me that the only way I could get a full refund was to get a doctor to write a letter stating I was unable to travel due to medical reasons. Even though there was NO tour! Hmm sounds kind of like FRAUD!

I filed with the Better Business Bureau and I discovered that there have been 7 complaints filed against Donna Franca Tours in the last 36 months. I can only imagine how many others there may be, who have not filed complaints. Only one was resolved, and last year their membership was terminated due to violations of BBB’s membership.

Wish I had done more research instead of just taking one persons referral...

Before leaving Boston, I paid Donna Franca tours for my stay in Florence. When I got to Florence they had...

PLEASE stay away from Donna Franca Tours. I have copies of all the email correspondence and the blatant lie...

1 tour was cancelled by tour operator
2 tour company refused to refund plane ticket, tour deposit & insurance premium
3 failed to provide invoice upon request
4 Co. Owner advised consumer to file a fraudulent insurance claim for full refund
5 I contacted them via phone 11 days prior to departure to inform them I had not received confirmation of trip nor plane tickets, then they sent me an e-mail notice of cancellation
6 Tour co. offered to issue a credit w/Italian airline less $200 penalty for cancelling, but credit must be used w/in 1 year of date of purchase, and refund $385 deposit & insurance

I didn't cancel the tour they did, I purchased the ticket through them and I am making a claim for them to reimburse me the $1,000 I spent for the ticket plus $385. I haven't heard back from them yet or received my money. Lousy conpany!

Donna Franca Tours presents itself as an upscale tour operator. There is no truth in that belief.
1) We were required to carry our own bags on the pre tour
2) Local restaurants were those in the hotel
3) Tour was to be limited to 10-12, pre tour 44, Italy tour 23.
4) Cloiseum tour had to be arranged by us, not Donna Franca
5) Special restaurant on way to sienna was an auto stop on the autostrada
E mail me for more specifics. Tour Company is delusional and denies these are problems.

The "I'm Italy Tour" provided by Donna Franca Tours of 10/6/06. Pre Tour Arrangement to Sorrento were...

Donna Franca Tours
25
%
Not bad, but could've been way better. This company does respond, but not as often as you'd expect them to.