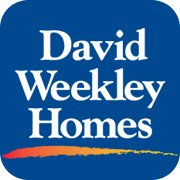 Having problems with David Weekley Homes?

The complaint has been investigated and
resolved to the customer's satisfaction
Resolved David Weekley Homes — Contract changes after signed, no notice cancellations, flat out dishonesty + disrespect.

We had to walk away from our dream this week when David Weekley Homes decided to change prices after...

We built a home with David Weekley and took possession of it at the beginning of 2017. We went with...

We moved in to our new David home in September 2015. There were several fixable issues in the first six...

I bought a house from Weekley Homes in May 2018. The house flooded the day after I moved in due to the builder stapling through a main water line. In November 2018, I was evacuated from my home due to a major gas leak that had existed since before I moved in. In Sept 2019, my laundry home flooded (my fault); however, the drain in the floor captured no water. The builder now tells me that I should have put a drain pan in and that drain was never mean to capture more than 5% of water. This is directly opposite of what they told when I inquired about the need to buy one. Never buy a home from David Weekly Homes. They do shoddy work.

Buyer Beware! Woodside at West Clay. Do not buy, especially any quick move in "deal." They will tell you how great of a deal you are getting and then continue to remind you when things go wrong. We have lived in our home for under 5 months and are already to move. The warranty team is awful and the people above them are worse. We have drainage issues in our backyard and nobody is willing to take the responsibility for the mistake they made or even help fix the issue. The send slimy men out to justify the wrong doing and call it correct. They will talk in circles like trained robots until you have to ask them to leave your property. Then they will send you emails warning you to not make a negative review of the company, because you could make money on the "great deal" you received. Shady business practice. I wish somebody had warned me. This is your warning.

I bought a brand new David Weekley home in Meridiana. I am rarely ever home. It is my 1st new home purchase...

In November of 2017 I purchased my dream home from David Weekley in the Trinity Greens Area of West...

My david weekley home is among the first 3-story town houses the company built on Nicholson inside the loop in 2011/2012. The company and crew made minor adjustments on windows and inner doors that I appreciated greatly. However, after I moved in…
1. Between 2012 to 2017, there were six incidents of leaks from 3rd floor roof into attic. David weekley crew inspected twice and did not find why. I finally found out where the leak was by staying in the attic during a heavy storm. It is at the ridge intersection. When rain drops are big, they deform the shingles and flow between them. I paid $500 to seal it and it has been fine for 2 years now.
2. Improper gutter installation on dormer roof with water pouring onto shingles leading to deck damage. In 2019, I paid $1000 to change the gutter, repair the roof and water damage inside.
3. Lennox A/C used CH3343B2f evaporator coil with copper/aluminum tubes, which is part of a class lawsuit. Coil rusting led to Freon loss and major repair in 2019 (replaced by CH3542B2f coil), which has a cost estimate of $3500.

I am very upset at the lack of professional clean up that is being done on my busy but quiet street!!! While...

The floor nightmare! We put hardwoods in our home with out any reservations, we had had them in our last home...

If there is a negative STAR rating available, I will give them -5*. Beware… Beware…. Beware!! If you want to...

Below is an email I just sent (March 2016) to the David Weekley Tampa regional office. Good morning, I'm...

David Weekley Homes — lot of rework, delay and no responsibility

I purchased a DW home in College Station Texas and we signed the agreement iin June 2015 and we were told...

I'm in the process of building a new home by David Weekly in the Veridians in North Arlington, Texas. I...

I recently had a spec home built through David Weekley Homes in 2015 in Austin, Texas. There were many issues with the home, the build process, and the DW representatives we worked with. I will point out 3 major ones that had I known then what I know now I would have never gone with DW.

First of all, my home was behind on it's closing. No biggie right, this happens all the time. Their reasoning for this was because of rain in the area. The funny thing was on the days when "no one could work on my home because of the rain" the only items left to complete were on the inside of the home. THE MAJOR ISSUE I HAD WITH THIS was that we had set a closing date, set a final walk through date, as well as sent in our move out date on our current home as well as hired movers and all of a sudden I get a call 2 weeks before my promised closing date stating that it would need to be pushed back 2 weeks. How on earth is a professional builder that far off?? If you go with David Weekley homes expect the same.

Second, my landscaping (or lack there of). My home came with a front planter box with 8 plants furnished by DW. When we moved in 5 of the 8 plants were dead, 3 months after move in these still have not been replaced and I am still getting excuses as to when they will be. Furthermore our home has a communal courtyard that was constructed and landscaped by DW. We share with 11 other homes all built by DW. We were about the 7th home on our block to move in and there was nothing but bare dirt in the courtyard when we moved in. Once again, no biggie but when they decided to install the sod for the courtyard they did half one day, it rained the following day so they did not install the rest. 5 days later they came and installed the remainder. Now we have a courtyard that is half dead grass with weeds growing in it and half that is nice green grass. Irrigation system on this was promised and paid for by the home owners, 3 months later it is still not installed.

Third and final item that will never be revealed to you before and during construction; DW hires everything to be done through subcontractors, they employ 0 home builders. I know this is becoming common practice in the home construction industry and had I known DW was a builder who did this I would have never gone with them. There is no accountability when you ask DW why something is not done correctly, they point the finger at the subcontractor and YOU (not DW) have to schedule a time for the sub to come out and fix the issue. This process not only delayed my closing date but in my opinion caused me to purchase a home that is sub par in construction. We received no info on the sub contractors so I have no idea their quality. Also they continually park in front of my driveway when they are building the homes around mine.

We purchased a David Weekley Home in January of 2014. We purchased based on the promises of the sales staff...

David Weekley Homes
54
%
This company definitely cares about its customers and responds to overwhelming majority of complaints.