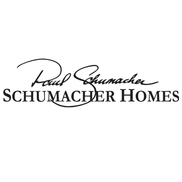 Having problems with Schumacher Homes?

On the morning of July 18, 2019, Thursday I called this Schumacher model home location, in an attempt to make...

We have met with one of the sales representatives in Greessburg PA and he was not customer friendly when we asked many times if we could pick the materials we like from the choices from what they offer to get an price estimate. He responded "NO" as "joking???" many times...Well, after 5 weeks waiting we did not recieve a price estimate yet, although emailed and called many times not only the rep but also the manager. No wonder he was saying "no" when we wanted to pick the materials, may be he really meant it!

I do not feel confident that how they would build a house if they can not give a price estimate! Or, there is something going on we do not know! At least I can guess either a discrimination case for internationals, or it can be only a salesman fault.

Do NOT use Linda Schumacher to rent your vacation home at Kismet. She might leave you a cute 'welcome package' but, she will make your summer miserable. She will closely monitor your stay. She does not return phone calls for legitimate issues regarding your lease and the house and will become obsessed about insignificant details. She cares mostly about her commission, so if you wind up renting from her for more than one year, don't expect your calls and emails to be answered. She got her commission and she done with you.

My roof leaks in four areas of my home

I now have four different areas of my roof that are leaking. This has happened once before in the garage. They said it had nothing to do with the roof. That it was the freeze and thawing of the wet drywall. They came out, sanded down all the drywall in the garage (you can only imagine the dust)the redid the drywall. Now it happening again, except it's also in 3 differnt areas. I now have cracked and stained ceiling in the bedroom, kicthen and great room (which has cathedrel ceilings).I called Schumacher and they put me on hold, then gave me someones voice mail, that I have not heard from. Ohio State Attorney General here I come. Wish me luck.

Terrible experience! This company relies on local subs and is only as good as the ones they use. We worked with 3 managers and 4 contractors. The first manager was a sales person they made a construction manager. He knew little of construction. The first contractor was okay but more concerned about his own clients than Schumachers. He did not supervise our house and many mistakes were made. Long story shortened, we have a list of 2 pages of errors. It took longer than 6 months because the errors had to be ripped out and corrected, and because of the turnover of managers and contractors. Still have problems and subs do not want to come back and make good. I would recommend that anyone wanting to build find a good local contractor that will watch your construction closely. Our experience was really bad and still bad. I understand there were others in the Lafayette area that are experiencing problems or went through problems and would hope they are brave enough to speak up. This might prevent other from going through the nightmare that we went through.

PLEASE DO NOT use this real estate broker for your rental or purchase. They do not return phone calls, more...

Schumacher homes is not all they advertise to be. They are inflexible. The site supervisor has ordered...

In November 2007, we visited the Schumacher Homes center in Greenville, South Carolina and met with Ms. Lisa Olson of Schumacher Homes. Based on a previously provide quote on building a home on our land in the Greenville area, we entered into a contract with Schumacher to have our home built. This contract was wholly based on us obtaining, through Triad Mortgage, an acceptable (to us) mortgage.

After dealing with Mr. Matt Surface, it was readily apparent that Triad Mortgage (owned by Schumacher Homes) was a total 'rip-off' organization. The mortgage quoted to us by Mr. Matt Surface (if one can really believe that name) was a full 2% above prevailing rates for the same mortgage and Mr. Surface indicated that they would require $65K down. This 'offered' mortgage was totally unsatisfactory to us and we informed Schumacher Homes of our decision.

We then received a letter stating, in essence, that, due to our failure to live up to the contract, that Schumacher Homew would refund our deposit. As requested, we returned their 'homeowners manual,' signed a letter requesting our refund and sent it out via certified mail to Schumacher Homes in Greenville, SC. This package was received by Schumaker, according to USPS tracking on 24 December 2007, however it was not picked up by Schumacher personnel until 13 January 2008.

When my wife spoke with Ms. Lisa Olson of Schumacher homes on 20 January, she was told that the check was being cut and that we should receive it within the next 'day or two.' This is the 25th of January 2008 and we have yet to receive the check.

Additionally, during our negotiations with Schmacher Homes, we were told that we were entitled to a $15K discount if we purchased prior to the end of November 2007. When we asked about the discount with Ms. Olson, she denied ever having said that, although the $15K discount was advertised on the Schumacher web site during October 2007. By the way, Schumacher is now offering a new BMW automobile to anyone purchasing one of their homes.

Between Schumacher and Triad Mortgage, there were more lies told than the law allows and their purchase contract, of which we kept a copy clearly states that 'if owner acceptable financing cannot be arranged through Triad Mortgage, all funds deposited will be refunded'... yet another Schumacher lie.

My wife and I were extremely fortunate to have concluded this purchase prior to going any further. Schumacher's ability to live up to their advertisements is seriously in question and I would recommend NOT doing business with them. In a 'buyer's market' such as we have today, we are confident that we will find a reputable builder, however, it most certainly WILL NOT be Schumacher and we urge others not to go down this road.

Schumacher Homes
0
%
Doing nothing would be this company's favorite pastime, if they had the energy for it.