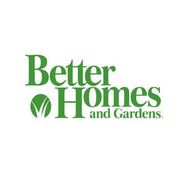 Having problems with Better Homes And Gardens?

I purchased a Better Homes and Gardens offset umbrella from Walgrens which was delivered 8/28/2015. While setting it up we discovered the pole was bent the wrong way, forward rather than backward, causing it to be too low to the ground. This was apparently a manufacturing defect. I am 5'6" and could not walk under it. I called customer service and spoke to a representative named Daniel and sent him e-mail pictures of the umbrella. He said they would send a replacement pole. 9/30/2015 I called Daniel again as I had not received the pole. He said there was a delay but the pole would ship in 2 days. 10/30/2015 still no pole. I called and got a different chap as Daniel was not at work. This chap said they were on back order. Called 11/9/2015 and spoke to Daniel. He said I should return it to Walgrens. Why didn't he tell me that 2 1/2 months ago? I relied on the Better Homes and Gardens instructions and customer service representative Daniel. How am I suppose to return an item with no box? And by the way...summer is over.

I have never before seen a picture of a person on the cover of the magazine, most likely because it is a magazine about homes and gardens! I was quite upset when my recent magazine had the ugly mug of Michelle Obama. I will be canceling my subscription immediately. It is not the place of a home and garden magazine to push any political agendas.

After a week of searching for the BB&G phone number, finally found it at this site. Called BB&G to correct errors with my subscription and extend my subscription. The customer service rep stated that their computers would be down for the rest of the week (called on a Tuesday) and asked me to call back a week later. He could see that my subscription was not correct but could not fix it. He also stated that BB&G had not tried to hide their phone number from subscribers which is a patently false statement.

did not receive magazine

There was a special on Better Homes and Garden magazine which I ordered through Publishers Clearing House. It...

I received no subscriptions from Better Homes and Gardens, for some reason they keep sending a bill to me I...

not receiving subscription and cookbook

On 3/24/2008 I mailed a check to add three years to my subscription, which was not to expire until november...

Below is a copy of my correspondence with Better Homes & Gardens. I bought a back issue of one of their...

Better Homes And Gardens
0
%
Doing nothing would be this company's favorite pastime, if they had the energy for it.