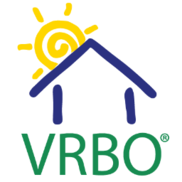 Having problems with Vacation Rentals By Owner [VRBO]?

not exactly a vacation rental

We checked into this property for an extended period of time, expecting (given the amount we were paying) an upscale vacation rental. What we found was a home that appeared to be lived in. Groceries in the pantry, left over groceries in the refrigerator and personal items throughout the house. Photos of the owners, and other personal affects. The bathroom cabinetry was not not cleaned out properly and many personal items left there too (some not to be mentioned). The house itself has a very modern feel in its' furnishings primarily however the minimalist feel doesn't compensate for lacking of warmth and an overall feeling of "home". It appeared as though the owners started construction but didn't quite finish. There were holes in the walls where I am guessing lighting was to be installed but never quite made it. The garage was filled with junk and boxes, making it difficult to park our vehicle until after having to move it around. This property is completely NO FRILLS and leaves you with a feeling that at any minute the owners will be returning. The saltwater pool was nice however wasn't always working properly and after 1 week it started to smell like the Pacific ocean. The owners did not continue the maintenance while there, so we were responsible for picking up limbs from fallen trees and removing the garbage as it was instructed. We were charged additional for additional items that we did dispute such as an additional 110$ cleaning fee to scrub residue of the bottom of the tub however we never heard back from the owner.
My recommendation is that if you are looking for an upscale vacation home in lieu of staying at a 3 or 4 star property- this isn't it. Spend the extra money to get the quality of service, and the quality housing.

We just rented this place from Jan 20-26, 2010, and we feel their property description is misleading...

After having problems with posting a listing to VRBO.com, I attempted to contact Customer Service for...

During our 6 day stay here at 220 Gulf Blvd, VRBO # 153137, we were miserable. The noise outside the bedrooms were so loud at all hours of the day that we actually had to pull the roll away beds to a different part of the condo to try and sleep. Trucks & motorcycles sounded as though they were actually IN the bedroom with us. VRBO listing stated 'across from Intercoastal Waterway' but there was nothing but a patch of water a mile up the road. This was one of the reasons this condo caught my interest. The true view from the Master Bedroom was constant traffic and an old run down building. When we 1st arrived at the condo, neighbor downstairs came out to TELL us to keep the noise down because she had to work & was 'not on vacation' like us. Also surprised with long flight of stairs not mentioned in description as I have a bad back & mentioned it to the owner right before our arrival. Contacted owner and mentioned a very small refund due to our sleepless nights, she responded 'we don't appear to be able to come to a compromise with this' and 'she couldn't believe our claims' ALTHOUGH 'she knew there was a noise problem'. After that we never heard back. Horrible experience, in my opinion money and memories wasted, don't waste yours!!

THE WORST EVER!!! Filthy does not come close to describing this cottage - Mountain Cove Cottage listing #...

Don't stay here! Condo has extremely LOUD bedrooms because it is located five feet from busy road / highway - Gulf Blvd. Our family had to sleep on roll out beds in the living room it got so bad. Neighbor downstairs (owner's sister) told us to make sure we were quiet the moment we arrived because she had to 'work'. Owners brushed our concerns off and didn't care that our experience was so bad. Would not respond to emails. Also claimed sights of intercoastal water way from bedroom balcony. There is a tiny patch of water about a mile or so up the road. Very misleading description in VRBO. Had to walk up 32 stairs and owner actually asked us to leave to show the condo that is apparently for sale! DON't STAY HERE!!!

Our week in the village of Stonington, Maine was ruined by the appalling treatment we received from Cathy...

We rented a flat in Israel from Yoav Antman-#12 Emek Refaim St in Jerusalem, Israel 93105 for a week. The owner requested a $700 deposit in advance. We sent the check and it cleared with his signature on it. He claims he never received the check yet he won't send an affidavit confirming his story. Now he wants another $700. This is a total scam and from talking to others it appears this is a regular scam used quite often in Israel. Be careful dealing with Israelis and stay away from VBRO. There is no way to get our money back but VBRO should remove him from their web site.

Rental #222405 - vacation home was filthy outside, wasps everywhere that prevented us from enjoying the back porch, a/c didn't work (my husband became physically ill), fridge didn't cool, we had to change our dining plans since the BBQ pit was completely filthy. Neighbors were using the property when we arrived. We had to make our own beds - only 4 towels for a house that sleeps 10-15. House smelled like mildew. Contract requested we pay a $75 cleaning fee but also told us we had to vacuum - I DON'T THINK SO! The light on the multi-level porch operated via a motion detector but didn't come on until you reached the bottom step. After I missed a step & fell, the light came on! The trash can outside was so full we had to take trash home with us. I would ask VRBO to check out this property - I won't use VRBO again because the ad is misleading for this property.

This cabin is listed as exquisite, reality is fair AT BEST...beware of dishonest owner as he will hold your deposit hostage upon departure. I have rented from VRBO over 12 times in the last year and never had a problem until I made the mistake of renting from this owner.

Do yourself a favor and rent another property in Mt Hood / Goverment Camp, this owner is dishonest!

The owners of this cabin didn't mention anything about the huge, almost football field sized bog that floated into the shoreline two years ago and is directly in front of the cabin. The dock is unusable because the water and shoreline are so disgusting with smelly, black, muddy, quicksand like dirt everywhere. There was no way we could keep our boat in the water. It would have been black with the black muddy water. The shoreline also reaked with thousands of dead snails everywhere. We had to keep our dog from going in to the water which was extremely difficult.

If we wanted to go fishing, we had to pull the boat out and drive either to a different boat launch on the same lake or to a different lake. Even if you did find a place to swim on this lake, which is called Bowstring, the locals tell you it's not a swimming lake. They warn that if you do happen to get into the water, to make sure you take a shower as it is not good for your skin.

We were charged a $65 cleaning fee. When we arrived to the cabin we found it to be filthy. My daughter and I had to vacuum, clean the dishes, bathtub, sinks, everything. The people who were supposed to clean it came by an hour after we arrived at the cabin. They said they washed the linens but didn't have time to do anything else.

The description of the cabin said 3 bedrooms and 2 bathrooms. There are (legally) 2 bedrooms. The third bedroom is in the basement, which is mildew, filthy and smelly. The main bathroom upstairs was a nice, spacey bathroom. It had a tub/shower. However, the 2nd bathroom (in the basement) which was claimed to have a tub/shower, was only a shower and a very disgusting dirty one at that with mildew on the shower curtain and up the walls.

We felt our vacation was ruined because of the way we were misled. If we had been told that we'd have to lug our boat everywhere, clean our own cabin, and pack up and leave the property every time we wanted to go to a beach or fishing, we would never have stayed there. Anyone interested in this place because of the pictures online, be aware. The pictures on the site were taken when the place was kept up nice. The flowers are overgrown with weeds now, the deck is rotting, wobbly and falling apart. The bog is a big smelly mess. The area around the campfire pit has broken glass and rusty nails strewn everywhere.

I took pictures of the so called beach/dock area if anyone is interested in seeing them. My email: Reen.ahmann AT integra.net

I spoke to Mr. Engebredtsen, the owner of the cabin. He said he wasn't responsible for the low water level. As if the low water level was the reason for the disgusting lakeshore and cabin. I asked that we be compensated for at least some of the money but to no avail. He said he spoke to his buddies up north that live in the area of the cabin and they assured him the fishing was great. Somehow Mr. Engebredtsen doesn't get the point that the fishing is irrelevant to what my family and I had to put up with for a whole week.

The local people know all about this place and were very sympathetic to what we were going through. It was a general consensus that there was a scam going on with this place and more and more people are getting dragged into it because of the false way it is advertised on greatrentals.com and vrbo.com.

Vacation Rentals By Owner [VRBO]
1
%
Doing nothing would be this company's favorite pastime, if they had the energy for it.