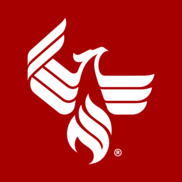 Having problems with University of Phoenix [UOPX]?

I want to be in a class action lawsuit against UoP. I feel terribly wronged by them and am looking for other...

I have attempted to make contact with my financial advisor and the office of dispute management on several occasions about closing my account and getting my financial aid released for me to apply to another university. Well, guess what, they can bother you like hell to get you to sign up, but once you are trying to leave you cannot. It is the worse experience ever. I wish I had seen these other complaints prior to signing up with them. I am even more in debt than before, and have nothing to show for it. They lied about me being able to be certified in LA, after 6 months into the program I found out that I would be only certified to teach in Arizona and that I would still have to work toward my certification in Louisiana. Oh, and by the way it was not told to me by the UoP but by the certification counselor for LA. It has been almost 2 months since my last class and they still have yet to release me from the university or release my financial aid. Does anyone know how to file a formal complaint with them?

fraud, fraud, on everything

I agree with all the ones who are complaining against university of phoenix, along with the other names they...

Hello fellow classmates or victims, I am another victim of The University of Phoenix Axia Online crap. I...

lied:told no loan, then told, yes, there is a loan

Hi
My daughter was ripped by UOP and we are trying to get more people that were ripped off in the same way.

Her story is that, she is a single mom and thought she was getting a pell grant, to not have to pay anything what so ever for schooling, Her enrollment counselor says in the notes at UOP, that he walked her thru the loan process and told her how much the pmts would be, etct...BUT he never did, he told her she was not getting a loan that it was just formality for in case she wanted a loan. She would have never signed up with UOP if she had known she was getting a loan.

I specifically asked my daughter, if she was sure she was not getting a loan and she said yes, it's all free, because she's not working and she's a single mom...well they screwed her and now they are saying that she owes $15, 000.00 in student loans and that "she signed" which she was TOLD to sign, that it was all formality.

If we can get enough people, we will file a class action law suit. So if there is anyone that was told, they would not have to pay anything on a continuous basis from UOP, and now has to pay those loans, please email us

our email for this issue we are using is: [protected]@gmail.com
Hope to hear back from you
Sincerely
Sheila Robinson

I have attended UOP for about a year and a half with fairly good results as far as professors are concerned...

I have been going to the University of Phoenix for over a year now and I must say that it is the worst...

My name is Amelia Binai. I live in Callahan, FL and hve been waiting on a check through the mail coming from...

I am now a former student of the UoP -Axia College Online program. I found out about half way through my...

On the day of my eighteenth birthday, I was contacted by a Ms. Patricia Takahashi, an enrollment counselor...

The University of Phoenix is a huge scam meant to con people into taking worthless classes while they take...

dropped me because of hardship then garnished my wages

I enrolled in University Of Phoenix in July of 2005. I lost my job a week after enrolling. Three weeks into...

My husband and I were working on our master's degrees together with UOP online. I had to take a break, due to medical reasons, and I informed my academic advisor that I would let her know when I was ready to resume classes. After a couple of months, I received an email from an instructor stating that I had not posted anything in the first two weeks of class. I contacted the instructor, as well as my academic and financial advisors to let them know that I did not register for the course. My account was charged over $200 for dropping the class late, when I actually never even agreed to register for the class. No one was willing to help me with my issue, no matter how hard I tried. I finally paid the fees and assured them that they just lost $20, 000 in tuition from my husband and me, as neither of us will EVER take another class with UOP. Also, to those of you who mentioned advisors helping and posting for you during your first class...I found out that the enrollment advisors don't get paid their commission until you complete you first class. So, if you're a new student, expect UOP to be extremely helpful in the beginning.

After reading the complaints against UOP, I tend to agree with some of the statements. Yes, unfortunately the classes are too easy and do not expand upon an individuals field of interest. I would feel inadequate to counsel individuals at this time.
My largest complaint is that I received every grant available. After completing my B.S. in Human Services September 2008, I received from my lender, (I was required to enroll with each collegiate year), a bill for approximately $24, 000. Yes, higher education is extremely expensive. I was constantly in touch with the school and Wells Fargo. My gift to all students of any school is "just try, try, try to get an answer for loans and grants!"

This "school" is a joke. I became disabled and had to find a new career, They really scammed me. What they charge is unreal. I went for 9 weeks and just ended up in debt. How they get away with this is unbelievable. I soon found out that almost every employer laughs at University of Phoenix degrees. These crooks go by so many different names. Axia. Apollo group. Western University.

RUN FROM THESE PEOPLE... ALL THEY WANT IS MONEY

Reformatting my paper submitted at the conclusion of a 43-unit program, an instructor ignored for an entire...

I just recently discovered this site, and I too would like to share my story concerning the University of...

did not return to lender my student loan when I withdrew

I took 4 classes total. I withdrew from the school after the fourth class because the classes were bogus. I...

University of Phoenix [UOPX]
1
%
Doing nothing would be this company's favorite pastime, if they had the energy for it.