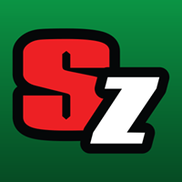 Having problems with Stopzilla / PXE Group?

In the past I bought Stopzilla for 2 computers and a laptop. I have since cancelled the subscription. Today I checked my bank account and they charge me $50 for a version (almost put my account into overdraft) I tried to call them this morning and no answer. I have had nothing but problems with them and their so called award winning customer service in the past. I canceled all 3 subscriptions years ago and they do not have permission to charge my account. I also just filed a complaint with my bank.

This program does nothing ...And it has never found a virus...Microsoft Virus protection found one but it went right buy StopZilla...It did not do a thing to stop it...What a joke this program is...It looks like it is doing something but don't think it is doing anything...It says updating every other day but what is it updating...Somebody told me it is not updating anything the little box pops up just for looks...I beleave it...This is a scam program...

Stopzilla — Rebate is a con job.

This company promised a "free download" after which the did the "bait and switch" routine. They scan your computer for free, but they want $39.95 for the full version in order to fix the problem. But they offer a $30.00 rebate, so I figure, that's not a bad deal... I buy the full version, and I receive an email from them saying my rebate check would go out within three days. (this was the 5th) On the 26th, I contact their "support" center, and ask what happened to my rebate check. The came back and said they had an "issue" with their automated check system. After reading complaints from other people with regard to this promised rebate, it is obvious that they are having an awful lot of "issues" with their rebate system. The bottom line is: they make promises to potential customers that they don't intend to keep, and don't hold your breath until you receive any "rebate" from these con men. UPDATE: After speaking with their online chat "support" who told me my check would go out Monday, I received an email today from their email "support" which clearly told me that my check went out LAST WEEK!!! These cheating con men can't even get their lies straight!!!

Stopzilla.com — This site takes over control of your computer, and gives you various viruses

This is NOT a security or malware site. It is the opposite, and takes over control of your computer, and gives you various viruses. You will have to have your computer serviced, and all the bad site removed IF it can be saved. When you google it, the first 7-9 pages say great things about it. Go to the back, and you will read the REAL reviews! PC Tools was the only security site that could protect my computer after that. It ran for awhile, and finally burned-up, and could not be saved! I had to buy a new computer, and I feel certain if was due to installing Stopzilla when it popped-up on the screen one night late, and said I was being invaded by trojans horses, and would lose everythings unless I paid $59.99, and signed-up ASAP and ran the Stopzilla program. I fell for it! Don't you do the same!

Beware of STOPZilla. It is a fake AntiVirus program. The program will do a fake scan of your computer and creates fake infection reports of malware, trojans, and viruses. You are lured into purchasing the program to remove the infection. But there are no infections actually residing on your pc. After install it takes over your computer and opens pc ports to send your confidential info back to a data center. Fake scans will follow weekly. STOPZilla will automatically bill your credit card $40 next year without your approval. They even track credit card number changes. IF you have bought the program, warn your credit card company to block subsequent billing.
STOPzilla routinely submits fake people names and reports of how good the program performs. Don't believe them. You will regret ever dealing with STOPzilla.

I recently found out that Stopzilla.com have been taking money out of my bank account without my consent .to my knowledge they have taken £52 altogether from my account and have put my account into the red.I want someone to stop their shoddy business practisces and them to give me back the money they have stolen.

Having used STOPzilla on my PC for a number of years, I decided to re-activate it after having let the license lapse. I ordered it on-line but when I tried to use the new registration key, I got a message it was invalid. So I called customer support, got a prompt answer to my call from a technician who remained courteous throughout our next 10 hours on the phone (2 sessions) although between his accent and our digital phone distortion, I had a hard time understanding him. He quickly started a session that took over my computer and we could carry on a text dialog. After 5 hours the first night and no progress, around 1:30 AM I begged off so I'd be ready for my day job. He promised to call me the next afternoon to continue working on the problem. He did call me the next evening about four hours later than planned and worked on it for another 3 and a half hours at which time he indicated my computer was so slow and he could get it fixed to be as good as new for a price. (My PC is 10 years old and has an 18 GB C drive so its potential is somewhat limited at best. My iMac is doing a good job replacing it.) I told him I was only trying to get virus protection, not redo my PC. He warned me of the potential terrible consequences that could befall my PC if it weren't tended to, but in the end we agreed that it was a lost cause. Today I called customer service to request the registration key invoice be cancelled. The service representative was business like and prompt in arranging for the cancellation. Although I didn't get quite the high pressure sell-up by the service technician, the scam pattern of substituting a thorough PC inspection and fix rather than making STOPzilla work that others have noted was there.

IS3 StopZilla — There Guarantee Is No Good

Is3 sells StopZilla online and other crappy software that doesn't work very good at all and they state on their website at Is3 you have a 1 month no questions asked money back Guarantee if you do not like their software. I been fighting these people for over two months now to get all my money refunded with no luck. They won't credit back all my money and I keep getting the run around when I call them to speak with customer service. If you see any website selling StopZilla, AntiFraud, AntiVirus and MaxPc, you best advice is to avoid them at all cost because they are a pack of scammers that won't back up their Guaranty. These people are terrible people there and are legally stealing from us all by not backing up refunding all your many if you call them in less than one month to say you don't like their product and want you money back. I hate these creeps for making my life Hell by lying to me and basically stealing from me. AVOID THEM AT ALL COST OR IT WILL COST YOU, NOT ONLY MONEY, BUT A PART OF YOUR SANITY ALSO BY TRYING TO GET YOUR MONEY BACK AFTER YOU FIND OUT THEIR SOFTWARE SUCKS.

I signed up for stopzilla once due to a problem with my computer. The software worked as far as I could tell...

After calling Stopzilla Tech support and spending about 1 hour with a techy (Bnola) he tells me that I cannot re-install Stopzilla due to a lack of resources caused by infectious malware that has been on my computer for years. Why did I buy this again? Next, he tells me that the only way to fix it is to spend $400 so that his MS certified techy can fix it. His Supervisor AJ (aka salesman) comes on tries to terrify me thinking that the malware hackers are about to take over my PC any day now. BTW, they never fixed the original problem. They convinced me that they are nothing but a vehicle to extract cash from unsuspecting PC challenged individuals. Good luck getting your money back if you buy into this clever scam.

stopzilla says it will fix problems but it doesn't do anuy thing but crash the computer when yiu refuse to buy their product and it treats evcerything including the items you want to click on as pop ups and blocks them.they should be put out of business before they damage to many computers with this farce

Stopzilla — it is a scam

I signed up for Stopzilla Antivirus at $59. A few days later, my computer was infected and I cannot use it. I called the company. They said that what infected the computer was not something their antivirus could fix. I asked what they do fix then. They then said if I paid $209, they would fix it. They put the interfering elements on my computer and then wanted to charge to fix it. I do hope there is some way to keep them from doing this to people. I see complaints about them all over the internet.

I recently wanted to test a new anti-virus software, and I ended up with some infections on my computer. I...

Stopzilla Anti-Virus software — SOMETHING HAS TO BE DONE ABOUT THIS COMPANY. THEY ARE RUTHLESS THIEVES

This is a follow up to a complaint against Stopzilla I posted 2/11/2011. This company is ruthless and the...

Bought their product with the promise of a thirty dollar rebate. Rebate never came and stopzilla will not return my e-mail. Very sorry I trusted these jerks. Next time I'll look harder for an honest company.

Not to long ago I download the free version of Stopzilla in order to take care of certain problems I wa...

Stopzilla / PXE Group
29
%
Not bad, but could've been way better. This company does respond, but not as often as you'd expect them to.