J
Jason Denson of Kennesaw, Georgia, US
Mar 10, 2021 12:21 am
Featured review
This review was chosen algorithmically as the most valued customer feedback.

Steak 'n Shake - Compliment of one of your employee

I went through your drive thru window on 2-18-21 around 1:00pm with my 86 year old mother. As I was trying to place her order by her being confused it was a little difficult. The person by the name of Lathenail Scott who was at the drive thru window who also took our order was so patience and understanding of my situation. He showed nothing but kindness not only to me but also to my elderly mother. I truly would like him to be recognized for his compassion and patience. We need more Mr. Scott in this world so that this world could be a better place to live.
Thanks again Lathenail Scott.
Sincerely,
Greg

Desired outcome: Would like to know that you received this compliment

Date of visit January 3, 2020 3:15-3:30 Told 6 mo. ago store was closing. Seated and waiting 15 min only to have ketchup bottle placed on table and "Ill be with you in min. Male hostess involved with disinfecting and no eye contact. 1 server on floor. Counter, again ignored. Finally "do you want to talk to mgr. No we left. Disappointing 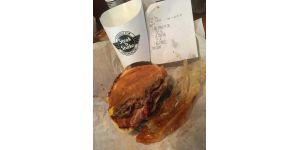 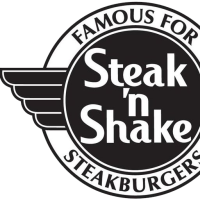 Steak 'n Shake - Vinyl glove in sandwich
After church went to Steak & Shake to use gift card. Placed order at drive thru window and took order home to eat with wife and... 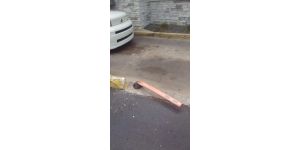 Steak 'n Shake - Customer service short change customer, incident.
Customer gave cashier $20.00 he received food which he hand to passage then he was given receipt with $5.11 back in cash... 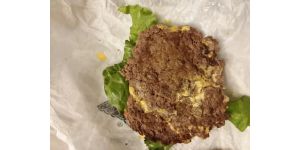 Steak 'n Shake - restaurant
Let me begin by saying I tried to order online but the website did not show the special so I had to call in the order. When we...
W
Wrdluvr of Spring Arbor, Michigan, US
Dec 23, 2020 9:37 pm
Featured review
This review was chosen algorithmically as the most valued customer feedback.

I ordered a large unsweetened iced tea. They said they could only give me a medium because that's all they left. When I got home, took a drink, I instantly knew something was very wrong. I could taste bleach along with the tea. It made my throat sore and also upset my stomach. It is terrible. The restaurant is on airport road in Jackson, MI. I tried calling...

Listen you all, could you please stop all the smashing of beef patties. Your just taking out the nutrients and flavor of your hamburgers. And it would be good if you'd just stop it. You may say "well we're a fast food restaurant" your not!!! You never were. Have to wait in line for 15 minutes at least. Get your shit together and hire white managers. Open a...

We were saying to get out seat and seen this!!

Hello my name is Tyrone Curtis, I was hired at steak n shake in east Peoria around 3 weeks ago. I was supposed to been training when I started but no one was there to help me train. They would only show me a few steps everyday I worked. Sometimes I would go to work and they would let me go a hour in my shift. Monday September 21st, my manager (who is also my older brother)called me in saying there was a mandatory meeting . When I arrived I was the only one there and he fired me! He stated that it was because of my performance. While I had been working there had been no complaints of anything they had ever asked me to do. From customers to coworkers. I was told that the manager who fired me was only a shift manager and when I called to speak with the actual manager she stated " well if devante says your fired then you are fired". Could you please explain to me if this is the proper procedure to be let go, I'm just not understanding. I have never been in this predicament before!

After church went to Steak & Shake to use gift card. Placed order at drive thru window and took order home to eat with wife and niece. I got the pork/ hamburger and on the second bite realized something wasn't right and pulled what appeared to be a vinyl glove from my sandwich. I didn't eat anymore and neither did my wife or neice. I took it back to Steak ...

Order #765110759 I placed an online order of 2 double cheeseburgers, a kids mini corn dog meal, 1 large sweet tea, 1 regular unsweet tea and 1 regular coke. My husband picked up the food only to be told they lost our ONLINE order. I spent $4.28 for the 2 teas only to not get them. I will not go back to the steak n shake ever again. I would also like my refund back for the 2 teas I did not get.

Customer gave cashier $20.00 he received food which he hand to passage then he was given receipt with $5.11 back in cash. Cashier said your change is $5.11. Customer drove off but 5 seconds later turned around and came back after looking at the receipt which did not show amount tendered. Customer told the cashiet who manager pull the drawer and took out of...

I'm an Uber wars driver and I am being made to sit in line for drive thru to pick the Oder up. You need to come up with some way to address this. Twice it AHS taken me 30 min to get the order. I am trying to make money doing deliveries and it cst me money to sit in line and wait. I tried to talk to the manager and suggest a way to bring orders out to drivers but he was kind of rude and did not want to talk about it.

Steak and shake Employee forced ran my Brother s debit card numbers, who passed away 14 months earlier. Ran it 8 times. Went through twice.
Have called steak and shake 8 times. No one has called back. Was promised They would.
That company doesnot care about customers or employees.
Its catching up with them, by all of the Store closings.
Whoever owns that franchise in Indy is not too business smart.

I went to the sterling heights lakeside mall location for the first time in over a year my wife and I stop going because the inside service was so bad not once but everytime we went so we stop going well we went back saturday night about 10:30 pm went to the carry out window waited 7mor 8 min beep the horn never answered the speaker so I went to the window...

on Feb 22, 2020 while out shopping, I decided to take my daughter and grandson to the local Steak N Shake. Upon entry a nice young lady greeted and seated us, took our drink orders and gave us menus. It was at this time, I hear a very loud, rude female voice complaining about a male employee, Tyler, being an hour and a half late. I did find that the...

Sat in line for 25 minutes, we we got our food it was wrong after repeating it back to us!! Food was sent back to redo and we then waited more time. Finally they came and said sorry they forgot to remake it. The food was cold and no one even in drive thru after waitress went on a smoke break. Manager had to go out and get her!! Worst food and service ever!!!

Manager no where to be seen, 16 dirty tables by the time I left. Staff running around yelling across the store. No body knew what to be doing. My server got my drink order said she would be back. Waited 10 minutes before she came back. Took my order, dropped off the food and never saw her again. No refills nothing. Yes they was busy but I used to be a...

on 2/4/2020, we went to Steak and Shake in Spring Hill, FL. The restaurant was admitteldy shorthanded and very busy. H owever the service we received was rather shoddy. After waiting a considerable timem to be seated, it was another wait before the waitress, Gina, came to ask about out order. We ordered the special, double steakburger, small milkshake...

My husband went to drive thru for a chili mac.I got it and no chili meat in it.just noodles, water. grease.I could not eat it.I wont be going back there. it was cold.the cheese was in a small cup less then half full.i did not see anything but noodles and grease.ive always loved steak and shake .as a child, teenager now grandma.wont be taking grandchildren there.

Let me begin by saying I tried to order online but the website did not show the special so I had to call in the order. When we got to the drive thru they told us we had to come inside to get the order. I have a cold & did not want to get out of my car & go inside, but I had no choice. We walked into the restaurant & saw 2 kids size milkshakes in the...

I grew up in Indiana and lived steak and shake. When I moved to Texas I was disappointed that I would have to wait 30 years to get to Texas. But your location in league city is the worst experience food service the store itself was nasty and employees were rude. I've been to this location 3 times. Everytime it gets worst. Your management needs changed or...