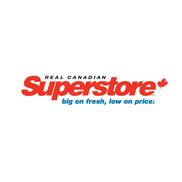 Having problems with Real Canadian Superstore?

Actuations at your liquor store, in Spruce Grove Alberta.

Went into you store to purchase some IceTea alcohol for my wife, brought my grandson in with me. I'm 62...

I felt like a fool trying to buy a lobster at Abbotsford superstore.. First she was cheeky, then rude service from the attendant. Huffing and puffing at my request. Then having to tell the manager about it while he glared at me while I tried describing my complaint then he responded "I'll get on that right now."
Oh great! I was so upset I did not get my lobster. He could have offered someone else to get it for me.
I was so upset I couldn't even finish my shopping. Now I have to go somewhere else for the rest of my groceries.
Thanks, superstore, for making me look like a fool.

I was at Cathy, a cashier running till #7 in Abbotsford, BC at approximately 7:30 am. I was motioned to her till by security and was waiting far enough from her while she served the customer ahead of me. Rudely she said to stand further away behind the yellow line.
I waited patiently and then as she continued to talk to the customer I suggested maybe she should be helping her bag her purchases instead of talking.
As I finally made it to the till she asked if I wanted plastic bags and out of habit I said no thanks I have my own. Then as I put my backpack on the conveyor belt she rudely said that I cannot put my bag on it. I suggested that maybe she should be cleaning after every person used it. Then said I that she should have also insisted that I have the plastic bags, since at No Frills they would not let me use my own bags.
As I was bagging my groceries the people next in line had already passed the line she told me to stand behind and was already chatting with them. I said to the person that they should be standing behind the line as she had so rudely told me to do.
I filed a complaint at customer service on a blank sheet of paper but thought that would just as quickly end up in the garbage. Why don't they have a complaint form?

We drove a ways to shop at your store on the Langford Parkway here in Victoria, BC. We have never felt so I...

Decided to use the PC Express Ap to order my groceries due to the social distancing. The pineapple I ordered...

credit card was charged after online order was cancelled by supplier

I purchased two items (2 x bar stools) from the Superstore online website on Apr 10th 2020. I received a confirmation email on April 10th. On April 13 2020 I received another email stating that my order had been cancelled by the seller because "the items are not available". The items are still available for purchase on the website. The email also stated that my card would not be charged. My card was charged for the full amount on April 13 2020. The customer service number provided on both emails does not offer support for online orders through PC Express, and did not have any prompts to speak to a representative regarding my issue. My desirable resolution is to receive the items that I was charged for on April 13 2020. I was told the items could be shipped 2-3 days after placing the order. I would like the order shipped out according to this statement online and I would hope it would be delivered in a timely manner. Thank you for your consideration in this matter.

I placed an online delivery. The person doing my order substituted with lower quantity items and charged me...

I was in a Real Canadian Superstore at Macleod Trail, Calgary, AB recently and immediately experienced a big...

Hello
I have a few of my family members that work in your stores in Durham. My sister has a friend that works in ajax bakery is there any way that you could look at the health and safty of others she has gone out and socialize taken buses and public transportation as if there is nothing going on in the world right now at all hours . I fear that she could possibly carry or pass the virus because she is not being carful. And more less wreckless on where she goes and what she does. She handles multiple peoples food per hour and concerned with the safty of my community.
The employees name is Shelby in bakery
Thank you very much

I went to the Real Canadian Superstore in Orleans, Ontario, to do my grocery.

I wanted to buy Apple cider and pay with my grocery. Unfortunately for me, I didn't choose the right lane and the cashier ( Hamza )told me I had to go to client services desk. They have designated beer lane. I didn't know about this because I don't usually buy my alcohol at the Superstore. The cashier never told me that if my son, 12, touched the alcohol we wouldn't be able to buy it. However, he heard me as I was giving him instruction. Never said anything to prevent him to touch the alcohol.

At the end of the grocery, to accelerate the process, I kindly asked my 12 yo son to bring the 4 cans to Client Services desk because I was pushing the cart. Upon arriving at the cash the cashier (Felicity) looked at him with big eyes and she said I cannot sell you this since you are a minor. My kid said « I have no interest for this since I am 12, it's for my Mom ». She proceeded to tell me that I was banned to purchase the 4 cans because he touched it. I tried to explain but she was a bit agitated so I requested to see someone else. Dan arrived and he said the same thing. So I said I would go get 4 other cans but they refused. The Manager ( Diana Wade) was called at my request and she said I was banned to purchase alcohol from their establishment. I could not believe it. I felt like a criminal and judged. However, I did nothing wrong. I just wanted to buy 4 cans of alcohol cider with my grocery.

I was really mad but they truly didn't care. I called the regulator of Ontario and they said they were going too far suggesting that they must have internal rules. If they have internal rules, other than not selling to minors, like if a minor touches alcohol they should advertise it. They should make it clear at the Real Canadian Superstore in Orleans Ontario that if a minor touches alcohol you won't be able to purchase it. It should be written at the front of the door of the cooler and the cashier should tell their customers.

I just spent the last 30 minutes on line trying to figure out an order only to discover when I went to a pick up time, that there are no times available, which to me would mean you are not offering pickup at this time. Why would you not say that when I tried to create an order. I am furious and will not be ordering from your store in the future. There's enough stress going on right now without you [censored] adding to it.

YET AGAIN...this in now the 5th weekend in a row that on a Saturday there are NOT enough cashiers on duty.
7 main till area's open...self service queing to the main entry door!
WHY?
On the weekend where some people are worried about a Virus...
But the last 4 weekends where still worse...4 cashiers just before lunch time...?!?!?!
WHY
Is the Grande Prairie store on a cost cutting exercise?
Do you think that any customers will show you loyalty if they have to que for more than 30 minutes to pay??
Or when the que's block each isle so you cannot actually move around too shop!!
AND NO SIGN OF A MANAGER...!!!
Staff at the customer service counter are taking the abuse from UNHAPPY shoppers.
Cashiers are trying hard not to loose their cool with the UNHAPPY customers...
Superstore has enough competition now with a New Co-op opening near by.
Loyalty PC points mean very little when you have to add 2 hours to your shopping time.
That's when there is product on the shelves, on many occassions in the last year I have not had at least 1/3 of the items I wanted available to buy.
The fruit/veg is covered in mould and/or rotting...and YES I have had meat that has been 'off'...I now return ALL rotten/unsafe foods.
In future I will be reporting the $30 plus ofrotten meat to the local Health Inspector.

I am complaining about the checkout station and clerk

My horrible experience with your check out system. A customer in front of me talked on and on to the clerk...

I am a disabled dialysis patient who relies on PC Express to shop for my family. My dialysis clinic is on...

Hi, I regret to say that from a few years our great Canadian Superstore has lost its value, tradition...

Me and my husband went to the cash counter to bill the items. Cashier name‘ Ishpreet' provided us the...

getting a debit refund

On feb 1st Ron was picking up an order. Okay when we got it home I notice the order was wrong. I was missing...

Real Canadian Superstore
1
%
Doing nothing would be this company's favorite pastime, if they had the energy for it.