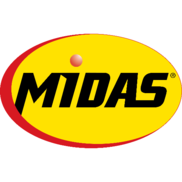 Having problems with Midas?

Midas reviews first appeared on Complaints Board on Feb 2, 2007. The latest review Air filter change was posted on Oct 15, 2021. The latest complaint brakes and rotors "replaced". was resolved on Feb 11, 2019. Midas has an average consumer rating of 2 stars from 209 reviews. Midas has resolved 49 complaints.

ComplaintsBoard.com is not affiliated, associated, authorized, endorsed by, or in any way officially connected with Midas Customer Service. Initial Midas complaints should be directed to their team directly. You can find contact details for Midas above.

Use this comments board to leave complaints and reviews about Midas. Discuss the issues you have had with Midas and work with their customer service team to find a resolution.

I took my car to Midas in Englewood, Ohio for a routine replacement of brake pads. I drive a Honda Civic with 56, 000 miles on it. I go to pick up the car the next day and the car will barely move. I pulled over at a nearby service station only to realize that the front end of my car was on fire! The vehicle was returned to Midas for them to rectify the situation and they refused. They stated that they could only replace the parts they worked on which were the pads which cost a whopping.

$240.00 for pads! They offered to fix the parts that were ruined by the fire for an additional $900.00 plus tax. They said the fire had nothing to do with their work. I had a reputable company tow the car and check it out and they found nothing wrong with the car other than the brakes which had a greasy film on them. I contacted Midas corporate and they refused to believe that their technicians were at fault and would not assist me in any way. I will never deal with Midas again nor will I recommend it to anyone I know or come into contact with.

June 17, 08 I took my car to Midas to have the muffler welded back on. I was told, I needed new convertor, entire new

system, just lets it fall. this put pressure on muffler causing it to press

against back bumper, and creasing and

cracking it. Mechanic tells me he can

fix it.I get manager, he screams, 'We did

not do this, Get out of here now.

Mechanic brings car down, he is mad

slams car door as hard as he can I go

get manager again, they both tell me,

nor damage my bumper.They are demand-

system).I call police, when he came

manager is threating to put a Mechanics

Lein on my car for all the work they

to leave as they can claim work they have not done.

I did not need convertor, nor exhaust

ted system, they sat it on device. Did

not just let it fall.

I left Midas with a damaged bumper, a

damaged door, window will not work and

metal brace to my muffler is missing.

I have never seen such unprofessional

behavior in my life. I am going to post

this on every site I can.

Brought my Nissan Maxima in to Midas in Eatontown New Jersey. The bottom line is that the mechanic let me out of the shop knowing I would get stuck on the road. All he had to do was recommend that I take my other car which was parked there to avoid getting stuck on the road. He didn't tell me there was a risk (read certainty) because, as he said - "It's not my problem".

The new owner's wife was there when it happened, and she agreed with him. Horrible people. They weren't even sorry or polite about the matter.

I've gone to Midas for a while now, because I live down the street from it, but every time I go and get something done it ends up a catastrophe. First thing that went wrong was, I went to get my break pads replaced, it ended up that I needed a whole new break system , shoes, pads, and rotors. I was like, "fine if it needs to be replaced, replace it". Little did I know that whatever they did to my breaks, it never felt the same (I've put over 100,000 miles on my car and I never had problems with the breaks until MIDAS replaced them.) There was several squeaks and had to excessive pressure on the break petal to stop. I went back 3 times to try to get them to fix what was wrong, but they told me that everything was safe and fine. Another thing that went wrong was when I was driving and my alternator breaks off.(Yeah, I don't know how that happens, but Midas said that it was a bolt that they tensioned that was holding the alternator on snapped off) That stems from MIDAS putting in a new pulley that was making a squeaking noise. The last thing that happened was when MIDAS sent me a coupon for a free oil change and tire rotation.(After all that's happened I figured, "how can they mess up an oil change and tire rotation") I was wrong. Got the oil change and tire rotation and drove off. While I was driving I noticed a gas and exhaust smell in the cab of the car, with the windows up, but didn't think much of it at first. So i drive probably about 4 miles and the smell doesn't seem to want to go away, so I go home and pop my hood. Looking under the hood, I find that MIDAS didn't put my oil cap back on. There's oil spewed everywhere in the engine compartment. Thankfully I caught that because my alternator was splattered with oil, and that wouldn't of been fun if it caught fire. That's not even mentioning all the other electrical stuff that was covered in oil, and could of potentially caught fire. DO NOT GO TO THIS MIDAS THERE IS RISK OF MAJOR DAMAGE.

October 23, 2007 I had my truck in at Midas location Manchester New Hampshire. I had paid for Midas touch...

Midas 18783 N. 83rd Ave. Peoria, AZ [protected]. My 21 year old daughter took her car to midas to have the rear end seal replaced in her 67 Mustang. They replaced it with the wrong seal. It continued to leak, she called and they told her that it wasn't the seal, they said she needed a new rear end. Which was not the case, she only needed a competent mechanic to replace the seal, using the right seal, not one that doesn't fit. She Was promised a refund back on 07/02/07, Since then we have been given the run around, and she still has not received her check. The thing that makes me so mad is, the fact that Midas is trying to rip off and take advantage of a young women. Midas is a sad excuses for a auto repair shop.

About 6 weeks ago I took my 1997 Honda Civic EX into Midas because the “Check Engine Light” wa...

I would like submit a complaint about Midas muffler in Plainfield, Indiana. I left my car at the shop for...

Midas
23
%
Not bad, but could've been way better. This company does respond, but not as often as you'd expect them to.