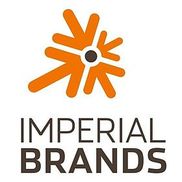 Having problems with Imperial Tobacco Australia?

I brought 2 packets of horizon 50 grams from a newsagency/ freechoice tobaconist In Napier st East mackay and...

Hi my name is sita i have a complaint about the packet of smokes i bought. I got me a 50g horizon blue from...

I purchased a twin pack of JPS gold 26's twin pack from Woolworths Corrimal on Saturday 14th April 2018 for...

I am a loyal customer and purchase JPS Reds religiously. I have purchased the same smokes for years. The only change has been from blues to reds. I've had a few problems with the product recently though. I have noticed the quality has dropped, somewhat drier, but have never made a formal complaint before as I have given the benefit of the doubt. Today however I was extremely disappointed to find a single cigarette without a filter! Its frustrating! I had a rant to a friend about it and they claimed to have had the same thing happen to them not once, not twice, but three times! He switched to Pall Mall and never looked back. I am considering making the switch to Win Field... Out of some strangely overwhelming feeling of customer loyalty I thought I'd provide some honest feedback and see what you're response is.

Thank you for your time.

The packet of tobacco i have has huge unsmokeable pieces of bark like texture. This happens all the time but...

Have been a white ox smoker 4 over 20 years now and would like to complain about your product. Over the last few years i have noticed that there is more and more crap in each pack bark and or stems, it has come to the stage where i feel i need to complain about this product, with the price we pay now days for our smokes one would think that the product would be better not worse. I smoke the 50gram packs, and even tried the 25gram packs, to see if the quality was better but it was not, this is the reason for my complaint, I smoke at least 2-3 packs a week and its just not right to pay out 50 dollars per pack, and receive the poor quality that i have been receiving, please respond to this email to ( edited ) with your reply.

Imperial Tobacco Ltd — no cigarettes in the new sealed packet

‪this morning I went to my local service station before work. I had paid for petrol and brought a 20 pack of...

Bought a pouch of 25gm tabacco from tobacconist in Mirrabooka shopping centre and when i opened it it didn't...

Since the cigarettes have changed over to plain packaging they have a different taste and there is a blacker...

1st of November 2016, For the second time in two weeks I purchased a box of 5 Tally- Ho Papers from my local...

I got a packet of JPS red 20's from a Foodstore grocery shop in Kingston, Qld. When I opened the packet I...

Hi my is Margaret I have been buying JPs endless blue for a while now and I buy at least 3 pouches a week and...

The complaint has been investigated and
resolved to the customer's satisfaction
Resolved JPSS — Worst hosting company ever. Cheap and cheat

Myself JMI Software. I have purchased a reseller from JP Software Solution . Until purchase the middle man said the technical knowledge and handling of servers are maintained by top end people and good with their skill. But after that I cant be able to use anything. Right now when I am continuously calling their mobile phone it stays switched off. Just a baby-due reason that cell phone tower is not near and middle one always say that that technical person is out of station and other silly reasons.


After reviewing messages from Mr. Jeya Prakash. The Honourable Managing Director of JPSS.in . What kind of Business is this. Don't you know that you are affecting our Business. Don't you have manners. Why you blame Kumaresan. If you have proper source you would have suspend his account way long back.


Are not you a shame of yourself to behave like this. Please be aware that we are going to complaint directly to the Consumer Board and going to cancel your registration. There is always power of common People.

JPSEnterprisegroup.com — I WANT MY MONEY BACK!

JPSEnterprisegroup.com. This so called company is a scam. When you go to the BBB they have A+ rating! That is not even them! I had put my ad on craigslist and next thing you know these crooks called me and asked me to pay money TO SELL MY CAR??? Does that make sense? I WANT MY MONEY BACK!

RCJPS — didn't ask any details about me

I applied for a job on craigslist. Company called RCJPS wanted to hire me. We talked through Skype. I had to analyse the data and to put the info into the tables. They didn’t ask any details about me, my account and etc. It looked strange as how will they pay me salary? I hang up…

Imperial Tobacco Australia
81
%
Fast & efficient, this company is head above their competitors when it comes down to taking care of their customers! Keep up the great work!