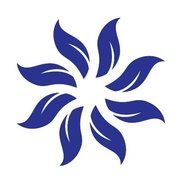 Having problems with Grupo Vidanta?

After an extensive investigation I found out that Mayan Palace faced a class action lawsuit on 2008 I´m...

After a long research on the internet I found Mayan's non-disclosure agreement. The person who uploaded it stated Mayan provided it in order to reach a resolution at first I thought mayan really cared about their reputation, now I think they have created a very profitable business model. They simple let the salespeople to promise whatever they want then once the client realize he is in trouble and contact mayan, they just offer the cancellation with no refund.

They ruined my vacations.

Mayan Palace promised I will be able rent the timeshare and make money out of it, they say it was extremely...

Here is our story: It's probably the same story everyone has- we were highly pressured into buying thi...

My husband and I took a vacation to Mexico. what appeared to be a relaxing trip, turned in to a nightmare on the second day when we were invited to a ¨Free Breakfast¨ for ninty minutes. We purchased $36.000 with the same rental pitch hoping to use our weeks to pay it off.When we got back and realized we couln´t afford this purchase, we tried to cancel, no one from Mayan Palace accepted our Cancelation petition. Fortunately enough, we were able to cancel using the services from an attorney in Mexico. I suggest you to read this article on how to proceed legally against mayan palace:

Just for the money...

A Mayan Palace Timeshare is one of the worst purchases you could ever make, you basically end up buying a whole of nothing for a high price. You are not alone of this, there are lots of people who have become a vicitim of a timeshare scam in Mayan Palace. Mayan Palace sales tactics are hardcore and they will tell you anything you want to hear to get you into the contract and keep you in contract with them. It is too common for the sales representative to offer you an upgrade if you already own a timeshare with them. This is a good article on how to get out of a mayan palace fraud:

We signed an agreement with HSI last 10/30/2010 with our Amex card believing it was Mayan Riviera.It was high pressure selling and long hours ordeal. When we got back to our hotel we start searching the Internet and found out lots of complaint against this company. Two days after we signed the agreement I contacted Emilio Criado who claimed he is the right hand man of the owner like he introduced himself but never returned our call. We immediately called Amex to hold payment while investigating our complaint.It took 3 months and finally Amex wrote us a letter stating that HSI will cancel but they will not refund our money.Being a good and loyal customer of American Express we expect that they will help us in this situation when we immedietly reported it 2 days after we signed that we got scammed but they did not.

Run away from them

I worked for the mayan palace for about 3 months. that was until i quit due the fact that i could not live with the fact that the devil is alive and well every morning in the morning sales meetings.

at the mayan cancun, the manager encourages cheers as he announces the sales from the previous day from 7, 000 to 300, 000. he also however encourages another manager to come over "for credibility" and bring a "resale" which is COMPLETE BS. The rental brokers are also BS and the Verification Loan Officer you visit after you sign all the contracts, is in on the deal. they DO NOT work for the developer and they know exactly how things were worded to you so they can "verify" it all over again.

I can go on and on, but to make it short, take it from someone who witnessed it first hand, DON'T BUY FROM THEM. and if you did, go immediately to PERFECO IN Mexico AND CANCEL IT. YOU WILL NEVER MAKE A DIME OF "YOUR INVESTMENT BACK" ON RENTAL, NOR, will it work the way you were told. you also won't even be able to use the timeshare to return to another Mexico destination for 2-5 years.

all the salespeople walk out of there with 5 to 200, 000 a month OF YOUR MONEY! MY ADVICE -- JUST SPEND AS YOU GO AND FORGET TIME SHARE ALTOGETHER UNLESS IT'S IN THE UNITED STATES.

We bought a timeshare about 5 years ago and still regret it to this day. I feel we were taken advantage of in many ways. They prey on tourists. I am not sure how the sales people can sleep at night. I have deposited weeks with RCI and realized that there is never any thing available for trade. The only ones that are available are all inclusive resorts in Mexico that charge a fortune per person per day for food. We also realized after we spent about 17, 000 for our timeshare that other tourists got the same deal for about 1/3 the price. We were also told we couldn't get out of the contract because of some Mexican law but once I researched it when we arrived back in the states I found out that you do have 3 days to cancel your contract but when I called of course they said it was too late even though I told them we weren't told the truth from our salesperson. 95% of what he said was a lie. The timeshare sales people in Mexico is the one reason I do not like to go there. They are relentless, liars, thieves, and just give Mexico a bad name...do not buy a Mayan Palace Timeshare you will regret it.

While on vacation in Nuevo Vallarta my wife and I were approached by a sales rep from the Mayan Palace to take a one hour timeshare presentation. We were told that we would recieve free gifts like cartons of cigarettes, alcohol, etc., for attending this one hour presentation. We were also told that we would be picked up and returned to our restort by taxi. To make a long story short, after one hour we told the sales rep that we did not want to buy a timeshare. The one hour presentation only took four hours, we were brow beaten by no fewer than seven sales reps, we did not recieve a single gift and to top it all off we were left stranded and had to find our own way back to our resort. We have been back to Mexico several times since and have avoided the Mayan Palace timeshare sales pitches like the plague. In closing, I would not accept a timeshare offer from the Mayan Palace if they offered it to me for free for the simple fact that I would not want to waste another four hours of my precious vacation and I can not afford what the Mayan Palace offers for free.

I WAS TOLD BY THE SALES PERSON, THAT THEY WOULD TAKE MY OLD TIMESHARE, BECAUSE I COULD'NT HAVE BOTH PLACES. THEY SAID THEY WOULD GIVE THEM AWAY. I WAS GIVEN A FORM FOR THE TRANSFER WHICH THEY SAID WOULD GO TO A COMPANY NAME HOLIDAY TRANSFER. WHO WILL TAKE CARE OF IT. AFTER 15 MONTHS I GET A CALL FROM HOLIDAY TRANSFER TELLING ME I STILL OWN THE OLD TIMESHARE BECAUSE THEY COULD NOT SELL IT. NOW THE MAINTANCE FEE HAS GONE UP TO 200.00 DOLLARS MORE FOR LATE FEE. WHICH THEY SAY I HAVE TO PAY. I TRIED TO CONTACT THE MAYAN PALACE AND THEY SAID NOTHING WAS IN WRITING ABOUT THEM TALKING MY OLD TIMESHARE. NOW I HAVE TWO TIMESHARES WHICH I CAN'T AFFORD. THE ONLY REASON I GOT THE TIMESHARE IN MEXICO WAS BECAUSE THE SALES PERSON SAID THEY WOULD TAKE MY OLD TIMESHARE. DO'NT TRUST THEM, ALL THEY DO IS TELL LIES. AND TAKE MONEY FROM HARD WORKING PEOPLE

When we arrived at the airport in Cozumel a man approached us and said he was a "Tourist Advisory". He gave...

We have 11 weeks vacation with Vacation-Smart, AKA Great Vacations Club. We have been assigned a package...

We also were scammed at the presentation of this timeshare....they would not take no for an answer....kept pressuring us I told them over & over we didn't want this timeshare they just brought manager after manager untill we signed then told us we were locked into the contract & we would loose our money we had put down.....I feel as tho they cheated us & lied to us....we talked to some other people that went to the presentation with the same results except they had no credit but they didn't want to pay what was promised if you attended the timeshare presentation...we thought we bought 4 weeks but we in fact did not....I did contact the mexican better business bureau...if you got the same treatment go to [protected]@profeco.gob.mx

Evil, lying salespeople that made us walk in the heat by ourselves, with our small children, out of this hell hole to find a taxi back to our resort

We agreed at the PVR airport to a tour of the Mayan resort in exchange for a free taxi to our hotel and a free brunch. We were promised it would take no more than 90 minutes. We were there with our small children for 5 hours. Time after time, we said we were not buying and salesperson after salesperson were brought in to try to "convince" us to buy. It was very demeaning. I strive to not be rude but these people are beyond rude. I don't know how to deal with them in a civilized manner unless you just want to be harassed for hours on end. When I finally got upset and said, "We just want a taxi back to our hotel", we were sent WALKING in the heat to a building in the resort with our small children without even knowing where to go. It was beyond rude... it was downright dangerous as our youngest was near heatstroke and no one would direct us. We finally did find the place where our money from the airport salesman was returned (after a fight). I will never return there... even if they gave it to me at no charge. These people have sold their souls to the devil and have no heart. I don't even know if I can be angry at them. I feel sorry for their poor pathetic empty lives. You can't treat people like that every day without creating some major negative energy in your life.

Grupo Vidanta
9
%
There is some slight activity coming from this company when it comes down to resolving complaints, but so far it's neither timely, nor relevant.