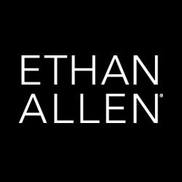 Having problems with Ethan Allen?

Purchased a leather couch and loveseat from Ethan Allen in 2007. After the first year the frame of the couch...

Kept me waiting 4 months for a bench

ETHAN ALLEN! DON'T BUY THERE! Ordered two chairs, end table, and bench, custom covered, in November 2008. Told 6 weeks turn around maybe 8. Chairs and end table came in, no bench. Told 1week, it was in California; next week it was on East Coast, next week Minneapolis, MN--a travelling bench--after 4 MONTHS still no bench. Finally arrived, told them to keep it. Store will NOT refund deposit, won't do a thing Oh, to boot they had a very condescending attitude. The hard times must not affect Ethan Allen because they sure don't mind driving away customers.

In July 2008, I purchased a dining table to be used in my newly remodeled kitchen. Furniture took 3 months to be delivered. (toast/cotton) were the color stains of the wood. In addition, 4 cushioned dining chairs were coordinated. After one week of using the table with a cloth and mats, the matte table top finish began to wear down and form shiney spots which looked like grease spots from afar. It gave the appearance of a dirty, greasy table. A repairman came out to "take pictures". Ethan Allen responded by saying that this is normal wear and tear. Hah!!. One week later and this is NORMAL. They refuse to do anything else, however, they do recommend that I have a Guardsman re-finish, at my own expense. I will NEVER purchase from them again. In today's economy, I don't think they will be getting too many customers to spend their prices for such crummy quality. Also, my furniture chairs were made in China and the seats have no bottom supports. I'm waiting for the day when the cushions will just fall to the floor. Crummy customer relations at a very HIGH price. Stay awayfrom them!!

Thanks to the arrogant and discriminatory attitude of their sales person at Ethan Allen, NAtick MA, that their business is now going to the other three furniture stores in the area. The big white guy - not sure what is name is, does not enjoy working there. I am sure any one who has had the experience like mine will never step into that store again. I was a loyal customer of theirs for the last 5 years. But after this experience, no more Ethan Allen for me.

The woman at the front desk silently witness the discriminatory attitude of this big guy.

I ordered window treatments end of May/start of June 2008. A week after I placed the order, the sales rep...

We walked into Ethan Allen looking to purchase some furniture, we were interested in an Entertainment Center...

I purchased a $900 Ethan Allen New Impressions Dining Table in November 2007, thinking that this table would be of tremendous quality that would last a lifetime.
Within two months the finished surface of the table began to blister and crack, revealing unfinished wood beneath. When I called Ethan Allen they told me to use a pen to color the unstained wood. I did that and it looked terrible.
I called Ethan Allen Service Center here in Atlanta since the Ethan Allen Store where I bought the table shut down. They sent out a technician to look at the table. It was obvious as this man came through my front door, not even saying "hello", that he had no intention of backing any warranty. Four days later I got a call saying that the technician and the customer service manager "reviewed the pictures" and determined that "it was not under warantee." Surprise! Surprise! They told me that I put something hot on the table (I did not). They refuse to take responsibility for shoddy workmanship. They must have rampant complaints and in order to actually stay in business, must ignore them.

Mislead and lied to me

I was hired and worked for this despicable place. And learned that people can be so gullible. I was hired as a receptionist at the store in Cincinnati, Ohio at the tri-county store to be exact. The so called designers and store personnel I wouldn’t send to Iraq. They are truly hideous to even work or look at. They treated me like an idiot. They lied to each other and their clients. I felt so bad for them. They fired me for trying to tell the truth about them... Oh well, I know this company has got to be going downhill.

I purchased an ottoman that has popped buttons for 3 times. The second time I called after 6 weeks to find the piece just laying there with not intention to fix it. I paid over $800 for this piece. It has broken again. I called the store several times and no one even answers the phone! I also complained the fabric has not lasted, it is deteriorating and has not kept its crisp finish. I would stay away from this company. I will purchase it from a company I trust...Virginia Wayside Furniture in Richmond, Va.

Ethan Allen
29
%
Not bad, but could've been way better. This company does respond, but not as often as you'd expect them to.